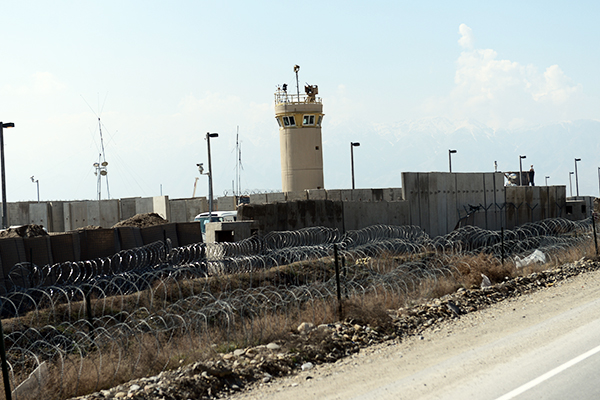 The United States on Wednesday criticized the planned release of 88 suspected militants from an Afghan jail, branding the men as “dangerous individuals” who could threaten security as NATO forces withdraw from the country.

Disagreement over the fate of the prisoners is the latest point of friction between U.S. and Afghan authorities who are stuck in a bitter stalemate over a security accord that would allow some U.S. troops to stay after 2014.

Bagram jail was finally handed over to Afghan control by the U.S. in March after a public standoff with President Hamid Karzai, who has presented the jail as a symbol of Afghanistan’s efforts to regain its national sovereignty.

Many of those still held in Bagram are suspected high-level Taliban and Al Qaeda fighters, and the U.S. has long been concerned Afghanistan’s weak and corruption-prone security forces could allow them to return to the battlefield.

“The Afghan Review Board has exceeded its mandate and ordered the release of a number of dangerous individuals who are legitimate threats,” Col. Dave Lapan, a spokesman for U.S. forces in Afghanistan, said in a statement. “Based on the evidence and the risk these individuals pose to the peace and security of the Afghan people … their cases should be addressed by the formal Afghan justice system.”

The review board last year ordered the release of 648 prisoners, of whom 560 have been freed.

The U.S. is disputing the release of the final 88.

The 12-year war in Afghanistan is increasingly unpopular in the U.S., and often-fraught relations between Kabul and Washington have again worsened over Karzai’s refusal to sign the security accord, despite earlier vows to do so. Some analysts believe the Afghan government hopes that the Bagram prison releases could help kick-start moribund peace talks with Taliban insurgents who were ousted from power in 2001.

This year will see the end of the U.S.-led NATO combat mission in Afghanistan as 85,000 foreign troops pull out, though the security accord would allow several thousand U.S. soldiers to remain to train and advise Afghan security forces. Signing the agreement is a precondition for the delivery of billions of dollars in Western aid for Afghanistan.

A leaked U.S. intelligence assessment said this week that progress in Afghanistan was likely to be seriously eroded by 2017 even if some U.S. troops stay and Western powers continue to support Kabul financially.