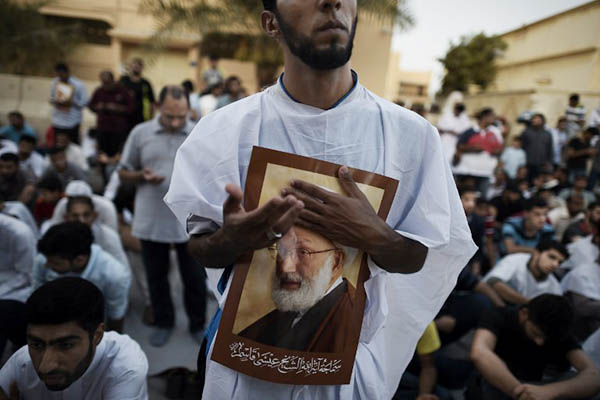 Bahrain has retreated from promised reforms and “dramatically” escalated a clampdown on political dissent over the past year, rights watchdog Amnesty International said on Thursday.

“Despite repeated claims… to the contrary, Bahrain has been steadily backtracking on the promises of reform it made following its heavy-handed response to the uprising in 2011,” Amnesty said. “Since June 2016, the Bahraini authorities have dramatically stepped up their crackdown on dissent.”

The rights group called on Manama to “immediately and unconditionally” release prisoners of conscience and halt reprisals against “peaceful critics and their relatives.” It also urged the government to reverse decisions to dissolve Bahrain’s two main opposition movements, Waad and Al-Wefaq—the largest bloc in parliament before 2011.

Authorities in the tiny Sunni-ruled Gulf kingdom launched a crackdown after an Arab Spring-inspired movement of largely Shia protesters hit the streets in 2011 to demand an elected government. Hundreds of demonstrators have since been jailed and a number of high-profile activists and clerics stripped of their citizenship.

The king this year approved a constitutional amendment allowing military courts to try citizens on charges linked to terrorism.