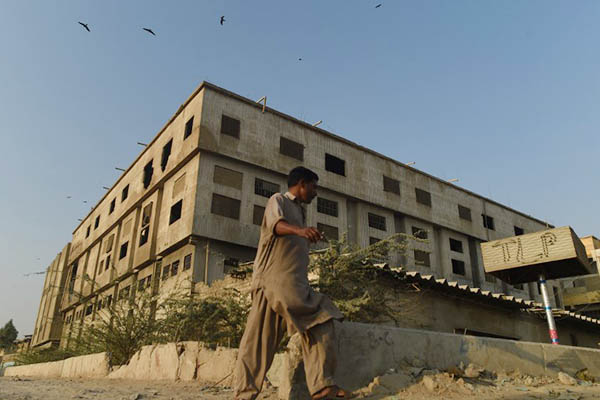 A nine-member Joint Investigation Team (JIT) found that Karachi’s Baldia factory fire tragedy of 2012 was not an accident, but rather a “planned sabotage/terrorist activity” that resulted in the deaths of 259 workers.

The report, compiled in 2015 but made public by the Sindh government on Monday, alleged that the arson happened after the factory’s owners refused to both pay Rs. 200 million in extortion and enter into a partnership for profit-sharing. It accused men linked to the Muttahida Qaumi Movement (MQM) of orchestrating the arson.

Comprising representatives of Sindh Rangers, Sindh police, the Federal Investigation Agency, the Inter-Services Intelligence agency, Military Intelligence, and the Intelligence Bureau, the JIT said that the primary accused, Rizwan Qureshi, had claimed Hammad Siddiqi, then head of the MQM Karachi Tanzeemi Committee, had demanded Rs. 200 million in extortion from the owner of Ali Enterprises in August 2012 through his front-man, Rehman Bhola.

Noting that two-and-a-half years had passed since the tragedy when the JIT was formed, the report said that the crime scene had already been compromised and it was difficult to gather evidence.

Criticizing the initial police investigation, the JIT alleged that police had behaved unprofessionally in a way that had benefited the guilty parties. It said “fear and favor” were the dominating factors in the initial investigation, which affected the “length and breadth” of the police performance.

“The JIT … strongly recommends introduction of police reforms in order to avoid recurrence of such catastrophic investigative failures in future,” it said, adding that a fresh first information report should be filed under terrorism charges against the accused. It also recommended that all eight accused who had fled Pakistan should have their passports cancelled and their names placed on the Exit Control List to ensure they could not leave again once they returned.

It said that a bungalow had been purchased in Hyderabad with the extorted amount and this should be returned to the factory owners through legal process.

The JIT said emergency services in Karachi should be overhauled, noting the available facilities “are not capable enough to deal with such catastrophes of terrorism and mega accidents.”

Between 300 and 400 workers were inside the factory when the blaze erupted on Sept. 11, 2012, leaving 289 dead. Officials said all the exit doors in the factory were locked and many of the windows of the factory were covered with iron bars, making it difficult for workers to escape at the time of the fire and consequently many of the deaths were caused by suffocation.