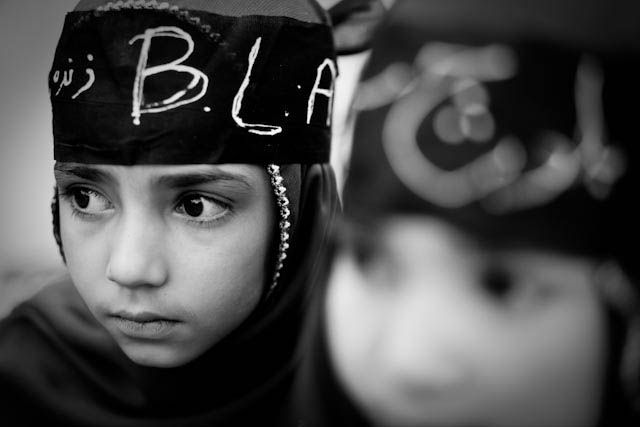 Observers mixed on content posted on social networks, with some questioning accuracy without verification.

Images of burned villages and charred bodies, clips of people screaming for help: with a wall of silence hindering traditional media, insurgents are using social networks to present a narrative of violent abuses by security forces in Balochistan province.

A simple search for “Awaran Operation” on Twitter is enough to reveal dozens of photographs said to be from the July offensive launched by the Army against separatist Baloch rebels, many of which are difficult to look at.

Baloch activists have flooded the web with such content in recent months. They say they want to provide information on a separatist insurgency that has racked Balochistan since 2004, arguing there is no one else who can fully tell their story.

International rights groups have for years said that Pakistan’s security forces have committed abuses, accusing them of picking up non-militant separatists—including academics and students—torturing them and dumping their bodies on the streets in the western province.

Thousands of people have simply vanished, according to various estimates by non-governmental organizations such as the Voice of Baloch Missing Persons (VBMP). And the province’s own Home and Tribal Affairs Department said last year said 800 bodies had been recovered between 2011 and July 2014, many of them activists linked to the insurgency.

The Army denies being involved, and has repeatedly denounced the rebellion as “terrorism” promoted by states hostile to Pakistan, including India. Verifying the claims from either side can prove deadly.

Amnesty International says Balochistan is Pakistan’s most dangerous province for journalists, with 12 killed since 2008 and reporters under pressure mainly from authorities but also armed groups or Islamist and nationalist militias. As a result, “Balochistan is a black hole in terms of information,” says a senior local journalist, who asked not to be named. “Only the security forces’ version is issued to the media, which run their stories,” says another local editor, Anwar Sajidi.

Social media is therefore one of the only mediums that insurgents have of getting their own narrative out. “It is because of social media that the world knows what Pakistan is doing in Balochistan,” claims Lateef Johar Baloch, an activist who rose to prominence last year after a 46-day hunger strike that played out on social networks.

Arif Rafiq, a Pakistan expert at the Middle East Institute in Washington, agrees. There is little doubt, he says that many activists’ accounts “provide fast and accurate information on the conflict in Balochistan.”

The emergence meanwhile of social media as a force echoes parallel moves in Syria where groups opposing President Bashar al-Assad have used it as a tool to expose rights abuses such as mass killings.

But social media is notoriously unreliable even at the best of times, and many are skeptical of what is being published online from Balochistan. “Nobody can verify it,” says Siddique Baloch, a local editor.

Journalists are not allowed to visit many areas and if any try to go without official permission, “they will be killed,” he says, adding that even human rights activists are often targeted in the region.

Without being able to verify it is impossible to know if what is being posted is real—or indeed if it is being posted by the insurgents, their political rivals, or even security forces. As a media strategy, then, the online campaign is not always effective.

However, the insurgents are using social networks not only to promote their version of events, but also as a survival tool. Early in the conflict, the Pakistani secret services “listened to our phones” and “went from house to house threatening people and their families,” claims Brahamdagh Bugti, leader of the Baloch Republican Party, who lives in exile in Switzerland.

Those suspected of links with nationalists were arrested and then “tortured” and even “killed,” their bodies abandoned roadside, Bugti claims. Bugti’s grandfather Baloch Nawab Akbar Bugti, also a nationalist leader, was killed during a military operation in 2006. His grandson claims he was executed by the Army.

Pakistani authorities say only a small number of such cases exist, but local NGOs report thousands of people have mysteriously disappeared. The Supreme Court has taken up the cases to try to assess the scale of the issue.

Social media is one way to dodge the threat. Instead of telephone calls, they now favor Twitter and Facebook, Skype and WhatsApp, regularly changing passwords and refusing to reveal locations for fear of being arrested. But the net is tightening.

“We have evidence that the government now has the technological capability to intercept various forms of Internet data, including Skype,” says Shahzad Ahmed, director of the Pakistani NGO Bytes for All, which advocates for free access to the web. And Parliament is currently studying a bill authorizing the telecoms regulator to “block access” or “remove” Internet content networks seen to be “threatening public order.”