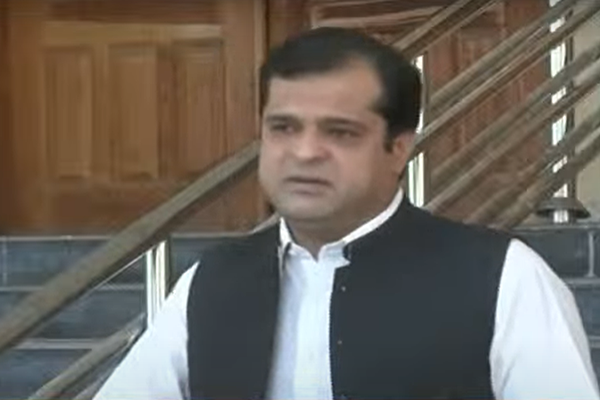 The Balochistan government on Friday urged the united opposition’s Pakistan Democratic Movement to delay its Oct. 25 (Sunday) rally in Quetta, claiming security threats posed a serious risk for the participants.

“Terrorists are targeting political leadership in Balochistan,” provincial spokesperson Liaquat Shahwani told a press conference, referring to a threat alert issued by the National Counter Terrorism Authority for Peshawar and Quetta. In its notification, NACTA had warned that banned militant outfit Tehreek-e-Taliban Pakistan was planning terrorist activities in the two cities, alleging their target was religious and political gatherings.

In a statement, the Pakistani Taliban has denied any plans to target public events in Balochistan, including the PDM’s rally.

Claiming that the provincial government was taking security issues very seriously, Shahwani urged the opposition parties to show some responsibility. He said that the government had recently foiled a terror attempt in Qamar Din Karez Tehsil and warned that the threat still persisted.

Referring to the recent past, the spokesperson said that law and order had been so bad that the entire province lived in fear and many couldn’t go out after nightfall. He said that the PDM had already delayed its rally in Quetta twice “for their own reasons,” and said it was not an issue to delay it once more until the situation clears up.

“We do not have any issues with the [PDM] holding jalsas. The government will provide every facility to the [opposition] whenever it holds rallies next,” he said.

The Quetta rally marks the third event staged by the 11-party PDM, with the first two occurring in Gujranwala (Oct. 16) and Karachi (Oct. 18). Both rallies drew large crowds and were characterized by anti-government and anti-establishment speeches and calls to “respect the vote.”

The government, in addition to the cited security threat, has urged the opposition to call off their rallies amid rising infections of COVID-19, warning that if the spread worsens, it might have to re-impose movement restrictions.