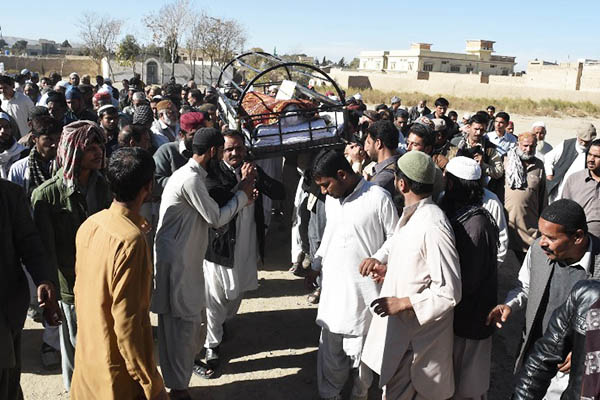 Three more people succumbed to their injuries in hospital.

The death toll from a deadly train accident in Balochistan province has risen to 19 and around a dozen people are still in critical condition, officials said on Wednesday.

A Pakistan Railways train carrying around 300 passengers from Quetta to Rawalpindi was derailed on Tuesday, though the cause remains unknown. Officials said that three more people succumbed to their injuries overnight.

“The death toll has risen to 19 now. A total of 96 people are being treated in hospitals and around a dozen are still critical,” said Akbar Hussain Durrani, home secretary of Balochistan province.

Meanwhile, an official from Pakistan Railways said experts visited the accident site on Tuesday morning and an inquiry panel is likely to be set up to ascertain the causes.

Train accidents are common in Pakistan, which inherited thousands of kilometers of track and trains from former colonial power, Britain. The railways have seen decades of decline due to corruption, mismanagement and lack of investment.

In July, at least 17 people were killed when a special military train fell into a canal after a bridge partially collapsed.