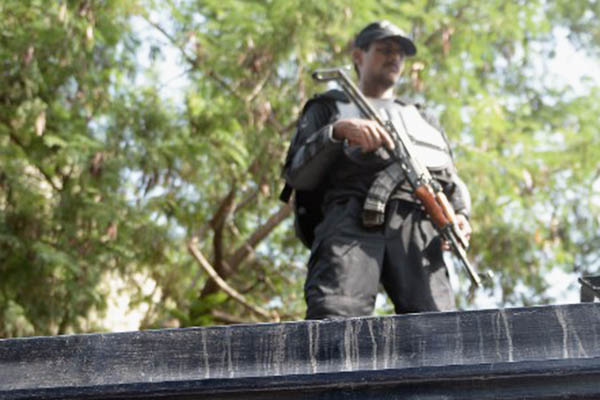 He said law enforcement agencies had driven bandits out of the area a few years ago but they started operating again recently, shuttling between Much and the border towns of neighboring Sindh province.

The outlaws recently killed a police officer in the town of Ghotki in Sindh.

A strong police contingent backed by armored personnel carriers was mounting an operation to rescue the seven policemen, Chattha added.

Bandits have been active in the border areas of Sindh and Punjab provinces for decades. The military launched a full-scale operation against them in Sindh in the early 1990s but they resurfaced after successive governments failed to maintain law and order in the province.