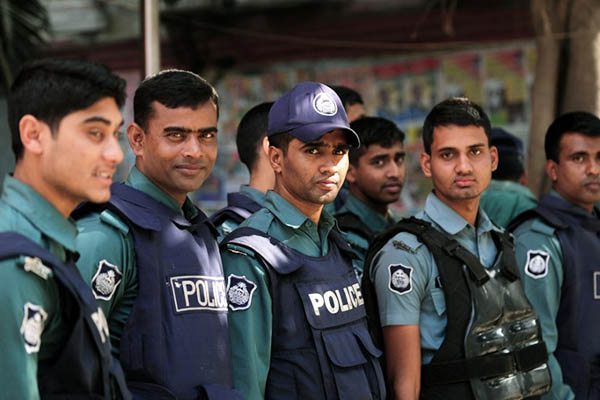 Police in Dhaka claim the three men have admitted to receiving training from the Pakistani Taliban.

Bangladesh police said Monday they have arrested three suspected Pakistani militants who were allegedly carrying a bomb-making manual and other material in the capital Dhaka.

The three, who were arrested on Sunday night, admitted under police questioning to having received training from the Pakistani Taliban in carrying out attacks, a Dhaka police spokesman said. The arrests come as Bangladesh police step up a security crackdown following Jan. 5 elections that were boycotted by the main opposition and its Islamist allies and marred by deadly unrest.

“A bomb-making manual and a laptop containing information on military training were seized from them,” the Dhaka Metropolitan Police said in a statement. The three migrated to Pakistan from western Myanmar and were later trained by the Tehreek-e-Taliban Pakistan (TTP), the statement said.

“They have special trainings in car bombs. They took training on grenade and IEDs from the main trainers of the TTP in Pakistan’s territory of Waziristan,” Dhaka police spokesman Monirul Islam told reporters.

After winning the elections, Prime Minister Sheikh Hasina’s government ordered a crackdown on Islamist activists, accusing them of leading deadly unrest in the weeks before and during the elections. Security forces have arrested more than 1,000 protesters since the elections.