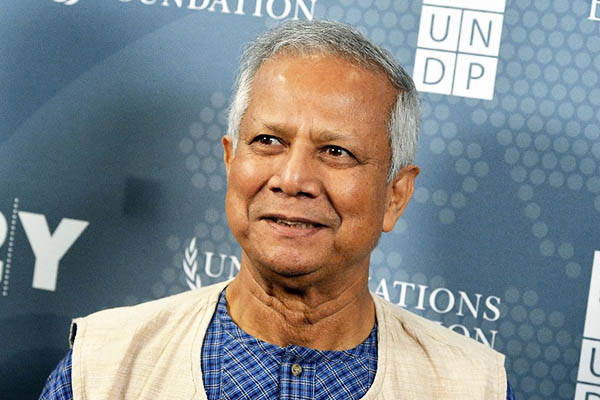 Muhammad Yunus has contested the tax bill, saying he has paid all necessary taxes on his income.

Bangladesh authorities have summoned Nobel laureate Muhammad Yunus over a disputed bill for $1.51 million in unpaid taxes, a move analysts claim is a politically motivated attempt against the micro-credit pioneer.

Yunus has been at odds with Prime Minister Sheikh Hasina since 2007 when he made a brief foray into the country’s highly polarized political scene.

The National Board of Revenue (NBR) said it had asked the 74-year-old economist to come to its office on March 29 to try to resolve the tax dispute after he lodged a court appeal against the unpaid bill. “Professor Yunus is a very good and compliant taxpayer. But his total tax dues now stand at 117.7 million taka [$1.51 million],” tax commissioner Meftha Uddin Khan told AFP on Tuesday. “We’ve asked him to settle the dispute through discussions,” Khan said.

Yunus, who is challenging the tax bill, was removed as head of the micro-lender Grameen Bank that he founded in 2011, in a move widely seen as orchestrated by Hasina. He is widely respected among ordinary Bangladeshis as an elder statesman.

“I think this tax dispute is intended to prove that his integrity is not beyond doubt,” said Ataur Rahman, a retired professor of political science at Dhaka University.

Khan said taxes were due on financial “gifts” paid by Yunus in the last three years to trusts set up for his family members and charities. But Yunus’s office said he had contested the bill in the high court.

In a statement, it said he had given away the bulk of his earnings between 2011 and 2014 “after paying all necessary taxes claimed by the Tax Authority.” It said he had earned nearly $10 million by giving speeches across the globe and from book royalties, donating most of the money to research and charitable purposes and paying 50 million taka into a trust set up for his family.

Yunus set up Grameen Bank in 1983 to make collateral-free micro-loans to rural and mostly women entrepreneurs. Its record in helping to reduce poverty earned him global fame and a Nobel Peace Prize.

Hasina has accused him of “sucking blood” from the poor and in 2013 he faced a state-backed hate campaign seeking to paint him as un-Islamic and a spreader of homosexuality.