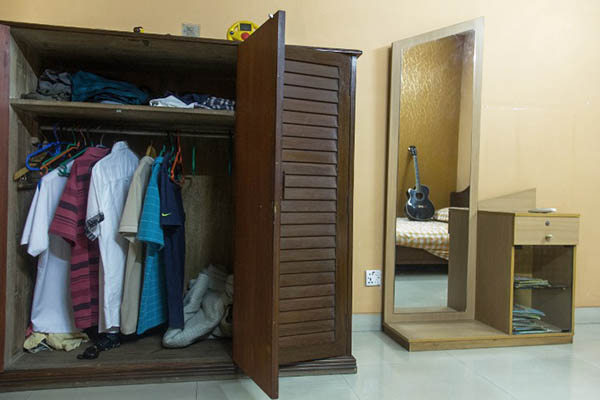 Over 260 people missing during hunt for militants raises fears many of them could have joined extremist groups.

At least 261 people across Bangladesh are missing, officials announced early on Wednesday, sparking fears many of them could have joined homegrown Islamist extremist outfits or the Islamic State group in the Middle East.

The country’s elite security force, the Rapid Action Battalion, published the list on Facebook around midnight and called on citizens to report the whereabouts of the missing. “We have to find them,” said RAB spokesman Mufti Mahmud Khan.

The Bangladeshi government ordered security officials to collate the list in the wake of two major terror attacks by suspected Islamist militants who had been missing for months. Khan refused to comment on whether the people listed had joined local extremists or the I.S. group.

Suspected members of a homegrown terror group murdered 20 people including 18 foreigners after they attacked an upscale café in Dhaka earlier this month. The I.S. group later claimed responsibility for the attack—an assertion rejected by Bangladeshi authorities.

The gruesome murders were followed by another daring assault on the Muslim-majority nation’s largest Eid prayer congregation in which three people and an attacker were killed in a massive gunfight in a northern Bangladesh town.

Police and parents said the five attackers at the café siege and at least two gunmen at the Eid carnage had been missing for months. “If there are any missing family members, please tell us, don’t be afraid that law-enforcement agencies will take your sons away,” said RAB chief Benazir Ahmed. “Their lives and other lives can be saved if they are found.”

Local media outlets have reported that dozens of people including doctors, engineers and students from elite universities have traveled to the Middle East to join the I.S. group. In one case, engineer Najibullah Ansari had been missing for over a year when his parents reached out to the police after the government launched the campaign to account for the country’s missing.

According to his family, Ansari last contacted his younger brother in January 2015 via Facebook, saying he was in war-torn Iraq fighting with jihadists. “I have come to Iraq. Tell father and mother not to worry for me. I have come here for jihad,” read the message according to a screenshot seen by local daily Dhaka Tribune. “I will never return home,” he added.