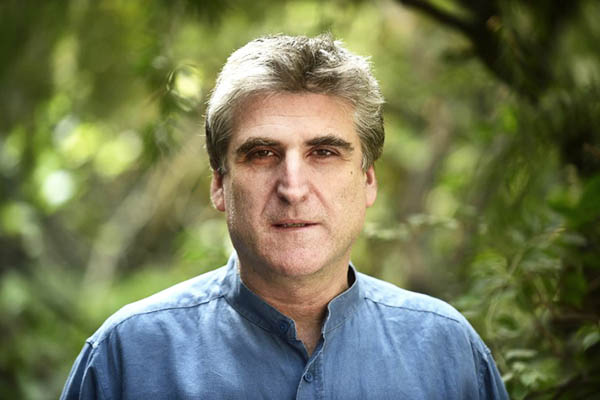 A Bangladesh court on Tuesday found an award-winning British journalist guilty of contempt for questioning the official death toll of three million in the country’s 1971 independence war.

Judges from a special war crimes court ruled that a blog and two other articles written by David Bergman “hurt the feelings of the nation” and ordered him to pay a $65 fine or go to prison for a week. The case was seen as a test of the country’s commitment to free speech after Bergman cast doubt on the official version of one of the most contentious issues in Bangladesh’s short history.

In a November 2011 post, he questioned whether there was evidence to support the official death toll and referred to other studies suggesting the real figure may be much lower. Most independent estimates put the actual toll at hundreds of thousands.

Delivering the verdict in the capital Dhaka, presiding judge Obaidul Hassan told the courtroom: “Freedom of expression can be exercised in good faith and public interest. David Bergman neither has good faith nor an issue of public interest.”

The judges also ordered that the 49-year-old journalist, who writes for Britain’s Daily Telegraph newspaper, remain in the courtroom until they left their seats, in a symbolic imprisonment. Bergman said he was “shocked,” terming the order a matter of “great concern to those interested in freedom of speech and the proper scrutiny of state institutions.”

“It is likely to make it increasingly difficult for journalists and others to comment on judicial proceedings and judgments in Bangladesh, even when those proceedings are completed,” he said.

The International Crimes Tribunal, a domestic court that has found several top opposition leaders guilty of mass murder during the war, also asked the government to investigate Bergman’s reporting on its work. “He has a perverse mindset about the 1971 war. Let the government carefully scan the matter,” said Hassan.

Prime Minister Sheikh Hasina has justified the trials on the grounds that the scale of bloodshed in Bangladesh’s war of secession from Pakistan demands that perpetrators be brought to justice, even four decades later. But critics say her government has deliberately exaggerated the death toll to intimidate her opponents and counter foreign unease about a trial process lacking any international oversight.

Most of the war deaths have been blamed on troops from Pakistan, which ruled over Bangladesh from 1947—when the territory was known as East Pakistan—until 1971. But Hasina’s government says Bangladeshi militants were behind some of the most brutal killings, including the massacre of intellectuals.

Bergman’s lawyer Mustafizur Rahman said the court verdict was a big disappointment but there was “no scope” to launch an appeal. “It was our submission before the tribunal that the laws of Bangladesh permit constructive criticism of court orders and proceedings in a restrained language by a person having knowledge of its affairs,” said Rahman. “David Bergman acted within those bounds,” he said, adding Bergman was never against the tribunal. “As a matter of fact, he brought attention to the issue of prosecuting persons having committed war crimes in 1971 at a time when the rest of the world was on the verge of forgetting this issue.”

Bergman has lived in Bangladesh for more than a decade and is married to a top human rights lawyer. He is an editor of local English-language daily New Age, in which he has written a series of reports on the alleged involvement of the country’s security forces in the abduction and disappearance of 19 opposition activists. He also won a British television award in 1995 for a documentary exposing alleged war criminals in the 1971 conflict who had taken refuge in the United Kingdom.

Lawyer Abul Kalam Azad, who filed the petition against Bergman, said the judgment was “fair and right.”

“No one has the right to question the three million death toll in the 1971 independence war. It is a settled issue,” he added.