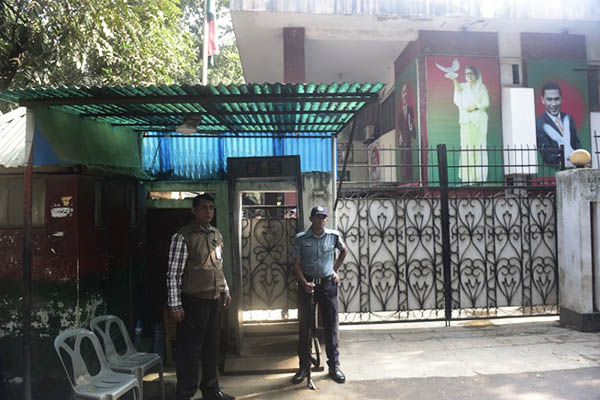 Bangladesh marks the first anniversary on Monday of a “farcical” election, which was boycotted by the opposition amid accusations that the world’s eighth most populous nation is becoming a one-party state.

Analysts say the main opposition Bangladesh Nationalist Party (BNP) and its Islamist allies, which paralyzed the country with a series of strikes and protests ahead of the Jan. 5 polls, have since been largely neutered. And foreign governments such as the United States, which initially called on Prime Minister Sheikh Hasina to swiftly organize fresh and credible multi-party elections, have since eased off their demands.

Hasina’s Awami League was handed a walkover when 20 opposition parties boycotted the vote, fearing it would be rigged. The BNP’s leader Khaleda Zia refused to participate in what she branded a “farce” when Hasina, her chief rival, rejected calls for the election to be organized by a neutral caretaker government, as with previous contests.

But while the boycott meant Hasina’s victory was hollow, analysts say it does not bother the prime minister of a country that has had more than a dozen coups in its short history. “Democracy is on its death bed and the ruling party is now planning a new phase of rule that aims to finish off the main opposition,” said veteran political scientist Ataur Rahman. “This will definitely lead to one-party rule,” Dhaka-based Rahman added.

Support for the Awami League, which has been in power since thrashing Zia in a 2008 election, had fallen sharply ahead of the vote, with polls showing the BNP would have won a fair contest.

The country was in the grip of a sustained bout of political violence, with Islamists taking to the street over the death sentences handed down to some of their leaders over their role in the 1971 war of independence from Pakistan and the BNP holding mass protests against the government. More than 500 people were killed in political violence in 2013, making it the bloodiest year since Bangladesh broke free from Pakistan.

Zia herself was confined to her home in the build-up to the election. Although she was released after the polls, she has been preoccupied with fighting corruption charges that could land her in jail.

Mubashar Hasan, an expert in Bangladeshi politics at Australia’s Griffith University, said the BNP had made a “monumental mistake” in easing up its anti-government protests after the election. “It allowed the ruling party to seize the initiative and terribly exposed weakness in the BNP leadership,” Hasan said. “It’s now in total disarray,” he added.

The BNP has been widely ridiculed on social media for going “soft” on Hasina, having abandoned its strategy of calling strikes and protests. While the protests caused huge disruption, many analysts say they succeeded in alienating voters as well as annoying the government.

Rahman said it would make little sense for Zia to again call for a mass mobilization of supporters unless they really can flood the streets. Only around a dozen people turned up at a protest outside the party’s headquarters last week in response to a call from Zia.

Rahman said the government’s iron rule masked its “sliding popularity” amid a raft of corruption scandals in a country where around a third of the 160 million population lives below the poverty line. “Yet the BNP does not have a clue how to cash in on this popular resentment,” he added.

Its cause has not been helped by a crackdown that has seen hundreds of thousands of activists prosecuted over the pre-poll violence while scores of BNP officials have disappeared. While the government has denied any role in the disappearances, rights groups claim the officials were picked up by security forces on instructions of their political masters, and fear they may have been killed or are being held without trial.

The party’s deputy leader, Fakhrul Islam Alamgir, alone faces 68 cases of violence ranging from bomb blasts to vandalism. He and many colleagues spend much of their day in court seeking bail.

Zia again called last week for new polls under a neutral administration so that “a level playing field is created” while denouncing the government for “killing democracy.”

In the immediate aftermath of the election, the U.S. State Department demanded new polls that “credibly express the will” of the people, while U.N. chief Ban Ki-moon called for “an inclusive political process.” But few such calls have been heard of late.

And while some of Hasina’s camp indicated a year ago that fresh elections were possible, the tone is now more defiant, with an Awami League spokesman saying last week that she would complete her five-year mandate.

Some observers however say trouble is brewing and the government could face a rocky ride in 2015, even if the opposition has been tamed. “When a state discards all conventional laws and uses state machinery relentlessly it becomes very difficult for any political group to mount a strong opposition,” said Shahdeen Malik, a dean at Dhaka’s private Brac University.

Nevertheless, Malik said the government would have some “apprehension” about the year ahead. “Although it has ruled the country in relative calm since the polls, it has not enhanced its legitimacy,” he added.