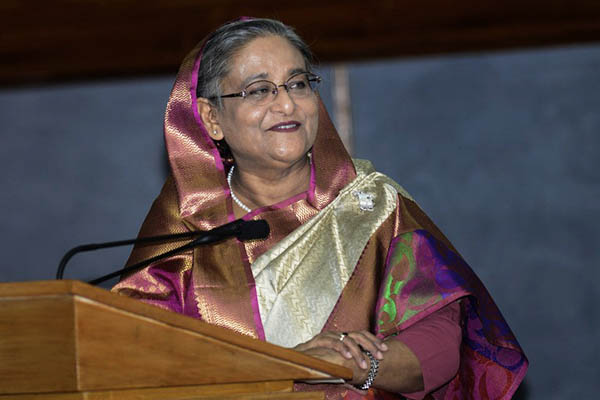 Bangladesh’s ruling Awami League party was declared the winner of mayoral elections on Wednesday after the main opposition Bangladesh Nationalist Party boycotted the polls, claiming they were rigged.

“I’ve visited quite a few booths during the vote and found trouble in only one booth,” said Election Commissioner Shah Nawaz, declaring the polls largely free and fair. But the U.S. embassy called Tuesday for a probe into the allegations of electoral irregularities, saying it was “disappointed by widespread, first-hand, and credible reports of vote-rigging, intimidation and violence.”

The elections were initially billed as a test of the popularity of Hasina and her center-left party, which the BNP says is becoming increasingly autocratic. The BNP, led by former premier Khaleda Zia, had hoped a strong showing would add momentum to its long-running campaign to force new national elections. But it withdrew, saying voting was being rigged in 98 percent of booths.

The boycott and allegations of ballot-box stuffing are likely to further entrench a political crisis pitting the families of Zia and Hasina, who are known as the “Battling Begums,” against each other.

Zia’s party refused to take part in the general election last year on the grounds it would be rigged. It returned to politics recently after three months of crippling protests, which were aimed at toppling Hasina but failed to unseat her.

Bangladesh has been plagued by unrest for the last two years and has a long history of deadly political violence. Scores of people have been killed in firebomb attacks on vehicles since the start of the year, when Zia called a transport blockade as part of her efforts to force the government to hold fresh elections.