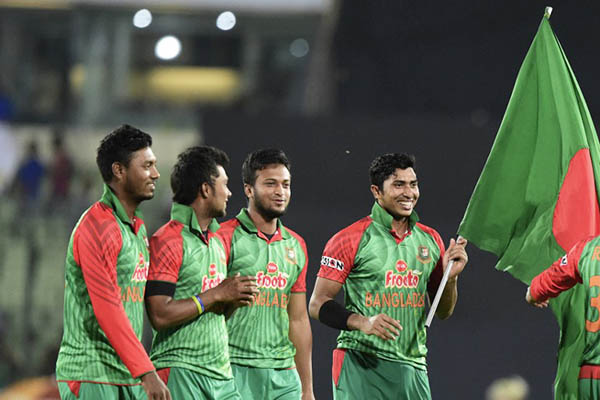 Bangladesh defeated Pakistan by eight wickets in the third and final one-day international in Dhaka on Wednesday to sweep the series 3-0.

Opener Soumya Sarkar hit an unbeaten century as the hosts, who bowled out Pakistan for 250 earlier in the day, cruised to victory in the 40th over at the Sher-e-Bangla stadium. The win was set up by the bowlers, who claimed eight wickets for 47 runs after a century by skipper Azhar Ali had lifted Pakistan to 203 for two in the 39th over.

Bangladesh had won the first match by 79 runs and the second by seven wickets.

The two teams will play a Twenty20 international in Dhaka on Friday before the first of two Tests starts on April 28.