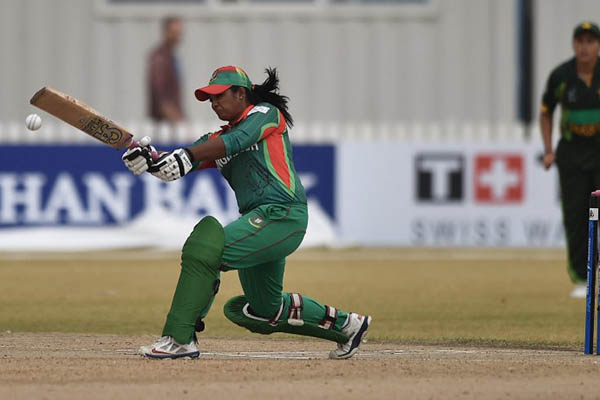 The Bangladesh women’s cricket team said Sunday they were pushing ahead with matches in Pakistan after receiving assurances about security, becoming the first Bangladesh side to tour its neighbor since a 2009 attack.

“There is no pressure on us to go to Pakistan and we are going on our own,” said all-rounder Khatun. “After the last Asian Games [in 2014] we have not played any matches, so we are eager to play some competitive cricket,” she said. “Naturally our parents were concerned. We talked with them and convinced them.”

“There is nothing risky in it because these kinds of things happen in every country and not only in Pakistan,” she added.

No international cricket matches were played in Pakistan between 2009 and 2015 after a terrorist attack on the Sri Lanka team’s bus in Lahore in March 2009. The country’s six-year isolation ended when the Zimbabwe men’s side toured Pakistan in May-June this year for two Twenty20 internationals and three one-day matches.

The Bangladesh Cricket Board (BCB) only agreed to send the women’s team last week after a delegation visited Pakistan and conducted a security assessment. “We were promised that the team would be given VVIP security, like the ones usually given to the president or the prime minister of a country,” team manager Shafiqul Haque said. There are currently no plans to send the Bangladesh men’s side to Pakistan.