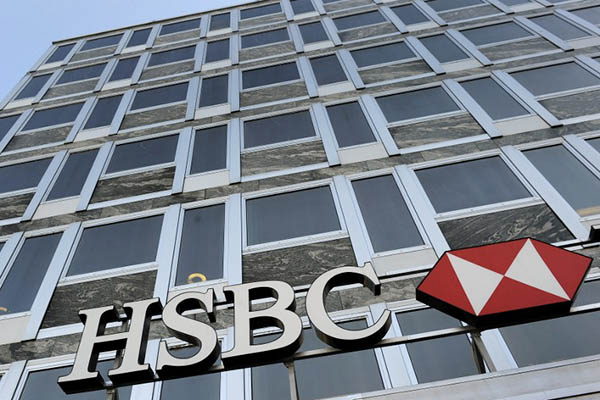 A cache of secret bank files shows that HSBC’s Swiss banking arm helped wealthy customers avoid taxes and hide millions of dollars, according to a report by a network of investigative journalists released Sunday.

The files list a range of former and current politicians from Britain, Russia, India and a range of African countries, Saudi, Bahraini, Jordanian and Moroccan royalty, and the late Australian press magnate Kerry Packer. The revelations are likely to stoke calls for a crackdown on sophisticated tax avoidance by the wealthy and by multinational companies, a key political issue in Britain and Europe.

Notes in the files indicate HSBC workers were aware of clients’ intentions to keep money hidden from national authorities. Of one Danish account holder collecting cash bundles of kroner, an employee wrote: “All contacts through one of her 3 daughters living in London. Account holder living in Denmark, i.e. critical as it is a criminal act having an account abroad non declared.”

In another memo, an HSBC manager discusses how a London-based financier codenamed “Painter” and his partner could avoid Italian tax. “The risk for the couple is, of course, that when they return to Italy the U.K. tax authorities will pass on information on them to the Italian tax authorities. My own view on this was that … there clearly was a risk,” the employee wrote.

HSBC did not immediately respond to a request for comment, but told the ICIJ: “We acknowledge that the compliance culture and standards of due diligence in HSBC’s Swiss private bank, as well as the industry in general, were significantly lower than they are today.”

Richard Brooks, a former tax inspector, told the BBC: “I think they were a tax avoidance and tax evasion service. I think that’s what they were offering.”

The investigation was done by the ICIJ, linked to the U.S.-based Center for Public Integrity, who enlisted more than 140 journalists from 45 countries in cooperation with France’s Le Monde, Britain’s BBC and The Guardian, U.S. program 60 Minutes, German newspaper Suddeutsche Zeitung and more than 45 other media organizations.

Names in the files include people sanctioned by the United States, including Turkish businessman Selim Alguadis and Gennady Timchenko, an associate of Russian President Vladimir Putin targeted by sanctions over Ukraine. Alguadis told the ICIJ it was prudent to keep savings off shore, while a spokesman for Timchenko said he was fully compliant with tax matters.

Former Egyptian trade minister Rachid Mohamed Rachid, who fled Cairo during the 2011 uprising against former president Hosni Mubarak, is listed as having power of attorney over an account worth $31 million, according to the files. He did not respond to requests for comment from the ICIJ.

Other individuals named include the late Frantz Merceron, an associate of former Haitian president Jean Claude “Baby Doc” Duvalier, and Rami Makhlouf, cousin of Syrian President Bashar al-Assad. Makhlouf did not respond to a request for comment from the ICIJ. Also named were designer Diane von Furstenberg, who told the ICIJ the accounts were inherited from her parents, and model Elle Macpherson, whose lawyers told the ICIJ she was fully in compliance with U.K. tax law.

Motorcycle racer Valentino Rossi, listed as having $23.9 million in two accounts, said he had regularized his tax situation with Italian authorities. Formula One businessman Flavio Briatore is connected to 38 bank accounts that held as much as $73 million between 2006-2007, according to the ICIJ. His lawyer told the ICIJ Briatore’s accounts were legal and complied with tax laws.

The files are a version of a set obtained by former HSBC employee-turned-whistleblower Herve Falciani, who copied thousands of bank documents before fleeing from Switzerland to France, where they were obtained by tax authorities in 2009. They were used by the French government to track down tax evaders and shared with other states in 2010, leading to a series of prosecutions for tax evasion.

HSBC Private Bank, the Swiss subsidiary of the British banking group, is under formal investigation in a French probe into tax fraud. In 2012, HSBC paid a record $1.9 billion fine in a settlement in a money laundering case, after a U.S. Senate investigation found it was used to launder hundreds of millions of dollars for Mexican drug cartels.