Bank of Punjab, MasterCard Team Up for ‘Financial Inclusion’ 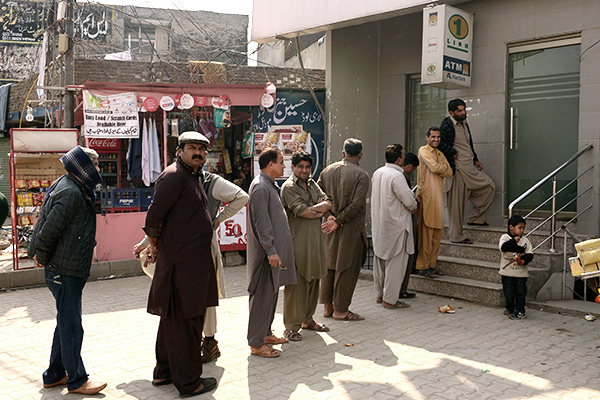 Millions of debit cards to be issued for cost-effective, transparent disbursements.

The Bank of Punjab and MasterCard have teamed up to “automate and streamline” the provincial government’s social security program.

The Punjab-owned bank will “issue millions of payment cards to citizens, empowering the unbanked population by providing them with access to formal financial services,” says the joint press release issued on Tuesday. Some 90 percent of Pakistan’s population presently lacks access to formal banking channels, it adds.

Debit cards issued by the Bank of Punjab and MasterCard will “bring transparency and efficiency to key government initiatives,” reduce administrative costs, and will support five specific programs: pension, payroll, education, micro lending, and health care. The cards will also utilize biometrics for identity verification to prevent abuse and fraud.

“The Bank of Punjab is delighted to partner with MasterCard to bring this platform to the people of the Punjab in support of Chief Minister Shahbaz Sharif’s vision to deliver financial services to every citizen in the province, improve government services, and eliminate inefficiencies,” says Naeemuddin Khan, president and CEO of the Bank of Punjab. The cards will provide “one safe, secure, and simple way to deposit funds, receive social benefits, and pay for goods and services.”

“The costs of cash continue to increase, resulting in a negative impact on the economy,” said Raghu Malhotra, division president of MasterCard’s Middle East and North Africa operations. “In addition, it is estimated that $16 trillion is spent in cash every year in black and informal economies around the world—cash that is untaxed and untraceable.” Malhotra says MasterCard is “fully supportive” of the Punjab government’s “vision to create an inclusive cashless society.”

The initiative, which was formally agreed in Dubai yesterday, will assist in developing a “smart-payments ecosystem” in the Punjab. MasterCard has previously worked on a similar program in South Africa: together with the South African Social Security Agency, it has issued some 10 million debit cards since 2012 for the biometrics-verified disbursement of payments, halving the costs of disbursal to the government.

The Bank of Punjab has a network of 334 branches across Pakistan, and MasterCard is accepted in 210 countries and territories.