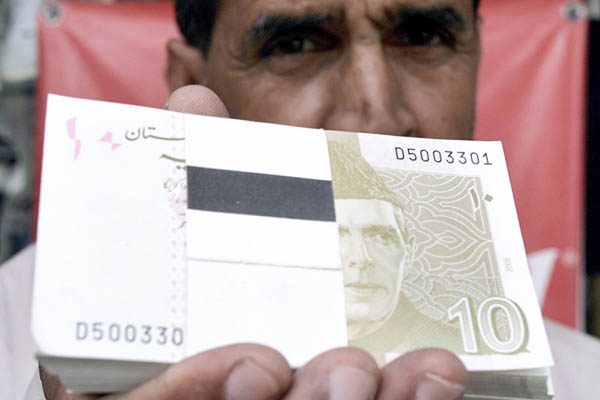 The State Bank of Pakistan on Monday directed all major banks in the country to ensure continuous availability of ATMs and their helplines during the ongoing coronavirus epidemic, while also blocking from circulation currency used in hospitals and clinics.

In a press release made available after a meeting between the central bank’s governor, its senior officials, and bank presidents, the SBP directed all banks to clean, disinfect, seal and quarantine all cash being collected from hospitals and clinics, blocking it from circulation.

Assuring banks that the SBP had sufficient quantity of fresh or disinfected cash, the central bank also urged them not to re-issue cash that had not remained in quarantine for at least 15 days. “The banks shall report daily collection of cash from hospitals to SBP, which shall credit bank’s accounts for the amounts so quarantined by them,” it added.

According to the release, the banks have also been directed to encourage the use of digital banking and cash-less payments among the public. They have also vowed to have their call centers and helplines operational 24/7 for the timely resolution of all complaints.

The central bank urged banks to ensure all critical functions and systems required to provide banking services would remain unaffected by the provincial lockdowns across Pakistan. “Large scale closure of branches may cause rush and congestion in the operative branches, which may be counterproductive to efforts to contain the spread of the disease,” it said, noting that only those branches where a member of staff had tested positive for the novel coronavirus should shut down. “The situation will be reviewed again in couple of days based on the customers’ visit to branches during lockdowns,” it added.

The central bank also announced that from March 24 (today), minimal staff would be present on site to undertake critical functions, while the remainder would be working from home. It urged all major banks to make similar arrangements at both their branches and head/regional offices. Banks have also been told they can start operations from 10 a.m. to better facilitate clients.

“SBP and the banks will constantly monitor the evolving situation and shall not hesitate to take whatever steps that may be required in the public interest,” it added.