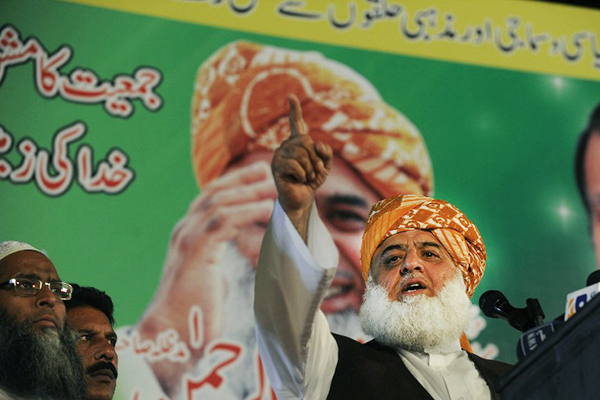 Recent reports in Pakistani media have shed light on a funny development in two cities of Balochistan province, giving us a measure of how Islam is being interpreted in parts of the country. The deputy commissioners of Ormara and Kharan districts reportedly tried to ban the “trimming” of beards by local barbers because “all national and international religious scholars were against styling beards.” In their orders, the government officials announced heavy fines for barbers if they committed the “blasphemous act.” When Quetta learned about this new interpretation of blasphemy, it wisely acted to rescind the orders.

Kharan is a district headquarters of 7,000 people, with 20 barbers serving mostly bearded men. According to reports, a group of offended religious scholars had visited the district administrator of Kharan and complained that the region’s men were indulging in the blasphemy of styling their beards in a new forbidden fashion. The “accepted” style is one of wild, unkempt growth favored by such famous national figures as Maulana Fazlur Rehman and Maulana Samiul Haq. The former wields a substantial amount of street power in Balochistan with his JUIF serving as a countervailing factor against Baloch insurgents. The “beard blasphemy,” therefore, could have been part of an anti-terrorism strategy that, mercifully, was quickly abandoned by Quetta.

In Pakistan, some laws end up being “suggestive” rather than “preventive.” One ugly example is the blasphemy law, which was supposed to prevent the common man from taking the law into his own hands and murdering blasphemers. The impression created by this legislation was that the streets of Pakistan were strewn with dead blasphemers because the outraged pious could not resist retaliation. After the legislation passed, it was suggested, this vigilante justice would give way to normal litigation. But this turned out to be a false supposition: after the promulgation of the law, vigilante mobs grew emboldened and targeted minorities across the country, killing innocent people in the name of religion. Expanding the law to include beards would have ravaged the entire country.