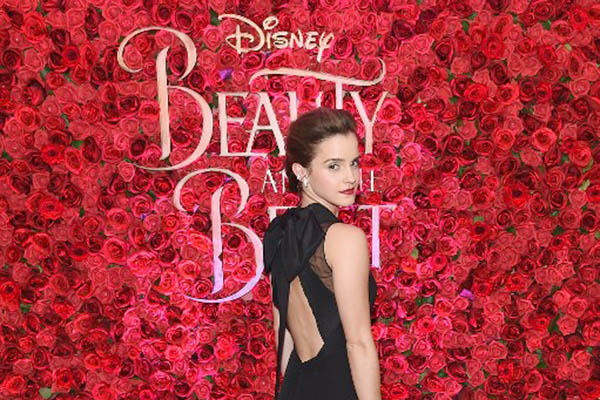 Disney’s Beauty and the Beast smashed box office records in its opening three-day weekend, taking in an unexpected $170 million, according to industry estimates.

The film, featuring Harry Potter veteran Emma Watson as a charming Belle to the frightening Beast played by Dan Stevens of Downton Abbey fame, set a record for a March opening in North America, Exhibitor Relations reported. The previous record was set last year by Batman v. Superman: Dawn of Justice, with $166 million.

Beauty and the Beast recorded the seventh best opening overall in the United States and Canada.

Film site Fandango reported the movie had sold out at more than 1,000 show times in big cities and small, something more common for superhero blockbusters than for a family-oriented production. “Disney is an awfully potent empire right now,” Exhibitor Relations’ Jeff Bock told Variety, adding that the studio “has all the other studios salivating.”

Beauty and the Beast cost the hardly trifling sum of $300 million to make, but analysts say it should easily reach profitability. The specialized site BoxOfficeMojo estimates that Disney’s latest fairy tale adaptation may already have reached that point in worldwide sales.

Beauty and the Beast swept aside the previous North American box-office leader, Warner Brothers’ Kong: Skull Island; that movie’s second-week take of $28.9 million was roughly half its opening weekend sales.

Kong, which has taken in $110 million since its release, tells the story of a group of explorers on a mysterious island that proves to be the frightening domain of the mighty ape. In third place on North American screens was Logan, in which Hugh Jackman’s Wolverine character helps a young girl with claws of her own (Dafne Keen). The Fox production earned $17.5 million for the weekend, or $184 million over three weeks.

Next was Universal’s horror film Get Out, with $13.2 million in weekend receipts. The Universal film recounts the increasingly tense encounter between a young black man played by Daniel Kaluuya and the family of his white girlfriend (Allison Williams). It has taken in $133.1 million in four weeks.

Fifth was Lionsgate’s The Shack, with Sam Worthington and Octavia Spencer, the story of a man who, after suffering a shocking personal tragedy, receives a mysterious invitation to go to a remote cabin deep in a forest. It took in $6.1 million, for a three-week total of $42.6 million.

Rounding out the top 10 are: