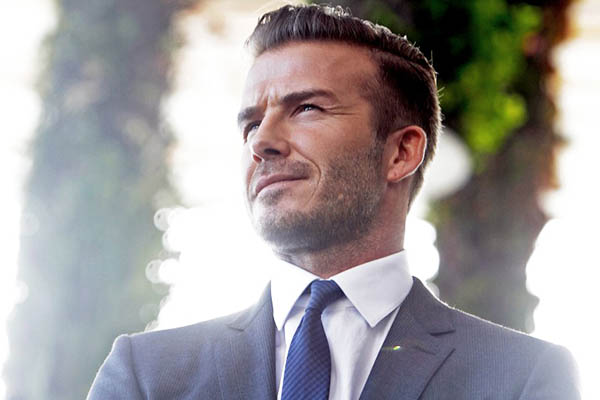 Retired athlete says he doesn’t think of himself as an ‘attractive’ person.

David Beckham was declared “sexiest man alive” by People magazine on Tuesday, joining an elite club including last year’s winner, Chris Hemsworth, and a handful of other above-average men.

The announcement was made on ABC’s late-night TV show Jimmy Kimmel Live, where the magazine cover sporting Beckham’s face was revealed. “It’s the best moment of my career, I can’t believe it,” Beckham joked to the crowd, speaking remotely by video.

The 40-year-old retired football legend’s identity was only revealed after host Jimmy Kimmel made his audience guess this year’s winner. “Has Taylor Swift ever made a song about you?” one person demanded. “Have you ever had a man bun?” another asked.

By the time Beckham’s identity was divined, the audience knew he was a married athlete with children, had an accent and two tattoos, had never been to jail, and yes, formerly sported a man bun.

Beckham was given a small facial mirror as his reward. “I never feel that I’m an attractive, sexy person,” Beckham told People magazine. “I mean I like to wear nice clothes and nice suits and look and feel good, but I don’t ever think of myself that way.”

The award, which is in its 30th year, has previously gone to Bradley Cooper, Matt Damon, Harrison Ford, Brad Pitt, Tom Cruise and Mel Gibson, among others.