Home Lightbox Ben Stokes Out of Third Test Against Pakistan

Ben Stokes Out of Third Test Against Pakistan 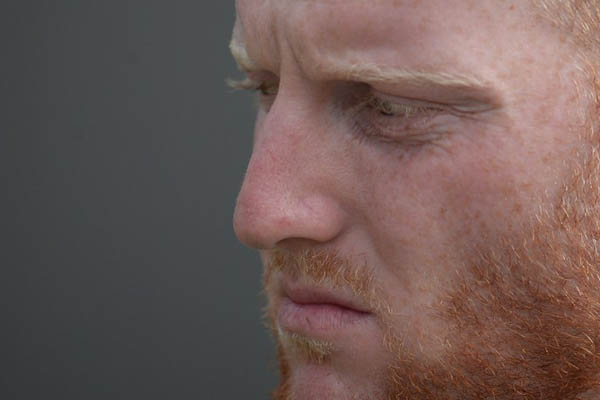 Player was injured while bowling his sixth over during the fourth day of the second Test of ongoing series.

England all-rounder Ben Stokes has been ruled out of next week’s third Test against Pakistan at Edgbaston with a torn right calf, the England and Wales Cricket Board said on Wednesday.

Durham paceman Stokes suffered the injury midway through bowling his sixth over on the fourth day of the second Test at Old Trafford on Monday, when England completed a 330-run win to level the four-match series at 1-1.

A scan revealed the extent of Stokes’s injury and the 25-year-old’s fitness would be reviewed by the England medical team next week, with the squad assembling in Birmingham on Monday.

In addition to the remaining 10 fit players who featured at Old Trafford, England have selected Nottinghamshire quick Jake Ball, who made his Test debut in a 75-run defeat by Pakistan in the series opener at Lord’s. Also in a 13-man squad are Middlesex fast bowler Steven Finn, who also played in the first Test, and Yorkshire leg-spinner Adil Rashid.

“Durham and England all-rounder Ben Stokes will miss the Test after an MRI scan revealed that he sustained a torn right calf during the fourth day of England’s 330-run victory over Pakistan at Emirates Old Trafford,” said an ECB statement. “The 25-year-old will be reviewed by the England medical team next week, when the squad reports to Birmingham on Monday morning.”

Finn, Ball and Rashid were all included in an original 14-man squad for Old Trafford, with the two quicks losing out to James Anderson, returning from a shoulder injury, and Stokes when it came to a place in the XI. Doing without Stokes is something England have got used to in a season where he has started only two out of five Tests and has not finished one.

A left knee injury cut short Stokes’s participation in the first Test against Sri Lanka in May and left him needing surgery, which saw him miss the final two Tests of that series, as well as the subsequent one-dayers and lone Twenty20.

But in Stokes’s absence, Chris Woakes—also a pace-bowling all-rounder—has seized his chance to revive a stuttering Test career and next week will see him involved at his Warwickshire home ground.

In five Tests this season, against Sri Lanka and Pakistan, Woakes averages 42 with the bat and under-19 with the ball—exemplary figures for an international all-rounder.

England coach Trevor Bayliss, speaking before it was confirmed Stokes would not play in the third Test, said: “He’s a big player for us—he adds a lot of spark to the team. He bats, bowls and he’s a leader in the field.” The Australian, however, added: “But Woakes has done brilliantly so far this season, so we are lucky in that aspect.”

Bayliss has spoken of his desire to play two specialist spinners in a home Test, with all of Rashid’s three appearances to date having come away to Pakistan in the United Arab Emirates last year. Now England must decide whether Rashid makes his home Test debut, either in support of or as a replacement for off-spinner Moeen Ali.

Meanwhile Finn and Ball appear to be vying for the spot vacated by Stokes in a four-man seam attack.