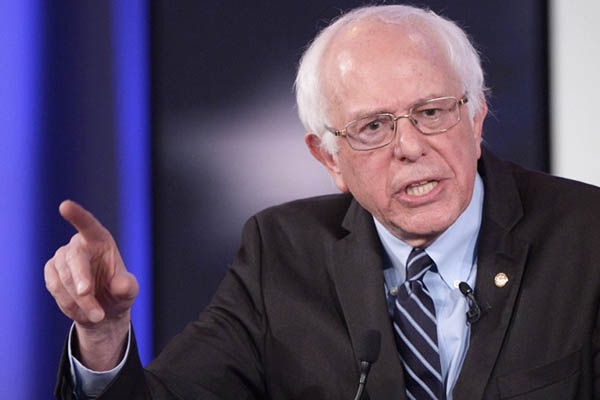 Democratic presidential hopeful Bernie Sanders’ campaign filed a lawsuit against his party, setting up a potentially fiery showdown with rival and frontrunner Hillary Clinton at their prime-time televised debate on Saturday.

The Democratic National Committee (DNC) on Thursday temporarily suspended the Sanders campaign’s access to the party’s voter database, after at least one of its staffers took advantage of a computer glitch to peek at crucial Clinton voter data. The suspension is a slap to Sanders’ hopes of scoring an upset over Clinton for the Democratic nomination because the trove features information on voters nationwide and candidates use it to plan strategy, as they vie to replace Barack Obama.

With the Democratic Party on the verge of all-out warfare, the Sanders team filed a 12-page lawsuit with the U.S. Court for the District of Columbia against the DNC over breach of contract on Friday. The Vermont senator’s campaign also fired one staffer and the party blamed NGP VAN, the technology company that provides campaigns with access to the data, for allowing the intrusion.

The glitch—in which a firewall protecting proprietary data was lowered briefly on Wednesday—made voter data unique to the Clinton campaign viewable for outside eyes. Sanders, an independent who calls himself a democratic socialist, is running a distant second in national polls behind Clinton, who has a more than 20 point lead in the race for the Democratic presidential nomination.

Clinton, Sanders and former Maryland governor Martin O’Malley face off Saturday in the party’s third presidential debate, which is to be held in the early voting state of New Hampshire.

The dismissed staffer, Josh Uretsky, told CNN he had not been trying to spy on Clinton. Rather, Uretsky said he had become aware of the breach and just poked around in the Clinton data for a while to see how exposed the Sanders campaign was. Then the firewall protecting the data went back up.

“To the best of my knowledge, nobody took anything that would have given the campaign any benefit,” Uretsky told CNN.

According to the DNC, the suspension will remain in effect until the Sanders campaign provides a full explanation of what happened. It must also present proof that any pilfered data has been erased.

Although Uretsky was the only staffer fired, The New York Times reported that from four user accounts associated with the Sanders campaign searches were carried out while Clinton’s data was exposed.

Sanders’ campaign spokesman Michael Briggs said it was not the first time the technology company has dropped the firewall. He said the Sanders team had learned of such glitches months ago and told the DNC that campaign data, including Sanders material, was being made visible to other campaigns.

“Unfortunately, yesterday, the vendor once again dropped the firewall between the campaigns for some data,” Briggs said late Thursday. “After discussion with the DNC, it became clear that one of our staffers accessed some modeling data from another campaign. That behavior is unacceptable and that staffer was immediately fired.”