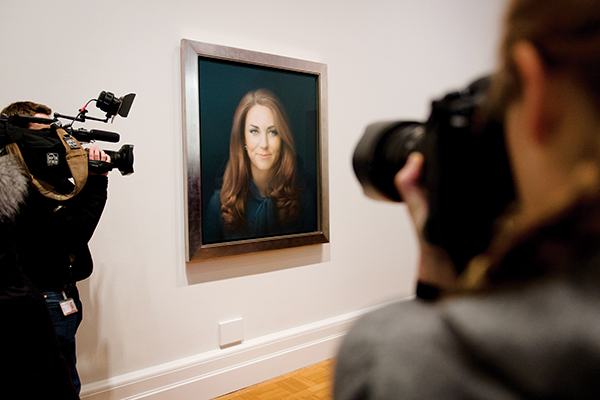 May the royal odds be ever in your favor.

On April 29, Prince William and the Duchess of Cambridge toasted to one year of nuptial bliss, but the fervor surrounding them since their televised wedding has hardly fizzled. As Catherine’s mid-July due date nears, gamblers are stacking their chips on all nuances of royal baby trivia.

Gambling on the royal family is a British tradition. Rupert Adams, a public-relations manager at William Hill, one of the U.K.’s largest bookmakers, says his firm has racked up £70,000 in royal-related bets, with £15,000 taken in since the pregnancy announcement. The wagers are almost entirely small scale—a few pence here, a couple pounds there—just good, old-fashioned patriotic fun.

Bets on the royal baby run the gamut, from hair color (ginger is in last place at 4/1 house odds) to which magazine will get first photo rights (Hello! tops with 6/4). But it’s the future monarch’s name that has garnered the most speculation.

In 1982 William Hill paid out nearly £30,000 in winnings when Princess Diana named her firstborn William, according to Adams. The stakes aren’t exactly sky high yet, but Adams estimates the booking house’s pool will soar into the millions in the final days before the expected due date.

Despite being a modern couple, Will and Kate are almost guaranteed to pluck a traditional moniker—like Mary, Victoria, or Elizabeth (a favorite)—from the royal bloodline, says author Phil Dampier, who has spent 27 years covering the royal family.

“It’s an interesting balance between William and Kate wanting to be modern and do something a bit different,” Dampier says. But there are multiple tributes to be paid and family members to appease—and “they wouldn’t want to do anything to upset the queen.”

Despite the hysteria surrounding the royal baby watch, Adams is betting on a “fairly dull” name. No Apples or Blankets here, he says. “If we get a fruit or vegetable name, I will jump off a cliff.”