Home Lightbox Between Jaswant and Yashwant 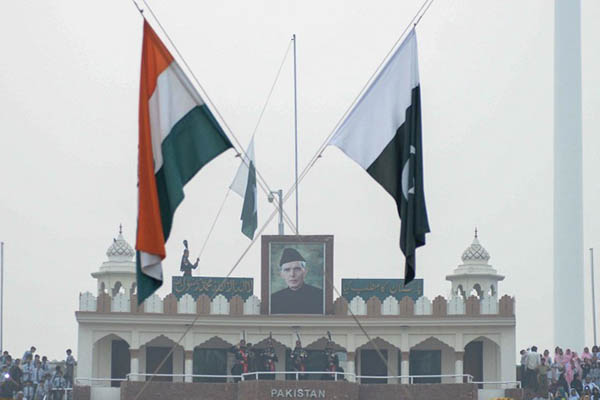 Pakistan and India are moving towards “normalization” of relations after a period of confrontation under Indian Prime Minister Narendra Modi. Peace overtures from his Pakistani counterpart, Imran Khan, have come to naught, resulting in the “Pulwama incident” in February 2019, which nearly started another Pak-Indo war.

Two years later, in 2021, there is a thaw that many in Pakistan think came because of the “persuasion” of the United States and the Gulf states, the “big Arab investors” in India who don’t want war in the region. On the Indian side, some commentators think it is China who has “persuaded” India to make peace with Pakistan. Beijing could have held out concessions on the China-Pakistan Economic Corridor (CPEC) if India were to join it.

There was a time when some wise Indians used to tell Pakistan to behave like India after the India-China war of 1962, to trade with India despite Kashmir and benefit economically. Then came the Indian hawks whom the Bharatiya Janata Party-led government followed but has since differed from on its Pakistan policy; or so it seems judging from the recent messages of goodwill from Modi to Khan.

It is interesting that the two sides of the same “Pakistan policy” are represented by two BJP “namesakes”; finance minister Yashwant Sinha and ex-army, ex-finance minister late Jaswant Singh, one a “realist” and the other a warmonger. It appears that India has decided to move from one of the founders of BJP, Singh, to Sinha.

Ex-finance minister of India, the late Jaswant Singh, in his book India at Risk, laments that “ersatz pacifist” Nehru didn’t fight China properly in 1962 and “security got relegated to a much lower priority.” In consequence, independent India simply “abandoned the centrality of strategic culture as the first ingredient of vigorous and bold national policy.” One can ask the late Singh: Nehru didn’t fight properly, but has that hurt India? Pakistan fought India “properly” and has got badly hurt.

Pakistan had big leaders who fought India and gave Pakistanis the strategic culture that Singh wanted for his state. Thanks to such “big leaders,” Pakistanis are still not able to start trading with India to improve their lives. Jaswant Singh should have recalled his BJP colleague—and somewhat of a namesake, former finance minister Yashwant Sinha—who actually told Pakistan in 2003 that by not being revisionist towards China, India had benefited economically through trade. He had said: “I hope our western neighbor [Pakistan] will not keep its eyes forever shut to this truth.” (Sinha quit BJP in 2018).

Nehru was probably right in not taking on China. And the smaller leaders that followed him are right not letting India become “revisionist,” forever locked in conflict like Pakistan while the economy goes belly-up. But Nehru is not big anymore in the eyes of those who want India to come out of its Nehruvian model of growth. They say when India kicked it in the early 1990s it began alleviating poverty, raising 300 million above the poverty-line.

In Pakistan, most commentators and politicians think it proper to attach a precondition to normalization with India. They want India to reinstate the status of Kashmir as a “disputed territory,” which it formally revoked in 2019. But normalization has nothing to do with the Kashmir dispute, which can be resolved only if the two state behave normally—what “normalization” means.

The BBC recently noted: “India and China were involved in a bloody border conflict in 2020 and saw India ban 220 Chinese tech apps. But that did not stop China leapfrogging the U.S. to become India’s biggest trade partner. Two-way trade between the long-standing economic and strategic Asian rivals stood at $77.7bn in 2020.” There is no reason that Pakistan and India cannot achieve the same—so long as they are willing to move past the elephant in the room that is Jammu and Kashmir.