Between Monarchy and Modernity 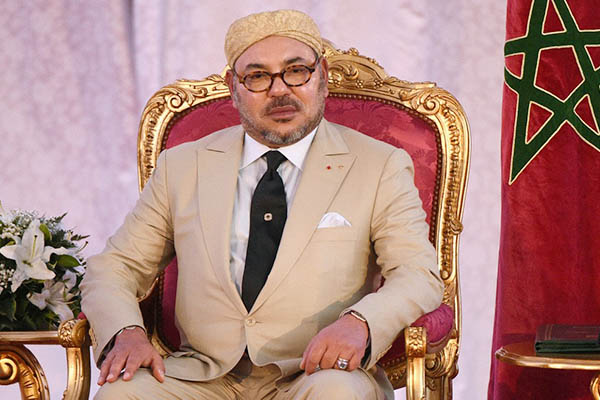 Morocco’s King Mohammed VI, who on Tuesday will mark 20 years on the throne, has cast himself as a modernist open to change—while discretely exercising absolute power.

He has often presented that duality in photo ops, posing for official pictures in traditional garb then switching to snazzy suits for social media snapshots with celebrities during his frequent trips abroad.

Born on Aug. 21, 1963, Mohammed VI was crowned at the age of 35 after the death of his father Hassan II on July 23, 1999. His rule has been marked by stability despite turbulence across the region—an image he has promoted to reassure allies of the North African kingdom, investors and tourists alike.

Like Hassan II, he has taken a tough line on security, particularly after deadly bombings rocked Casablanca in 2003 and Marrakesh in 2011.

While the rise of social media expanded freedom of expression during his rule, the press has remained under tight state control. As the Arab Spring swept across North Africa and beyond, Mohammed VI nipped swelling protests in the bud by offering constitutional reforms and promising to curb his powers.

A new constitution passed by a July 2011 referendum strengthened the powers of the prime minister and parliament. But the king retained overall authority as head of state, chief of the military and the country’s top Islamic authority as well as tight control over key sectors of the economy.

Mohammed VI has overseen a boom in infrastructure projects including a high-speed train, a giant solar farm and the Mediterranean’s biggest cargo port. He has also fostered political changes both domestically and in the kingdom’s foreign relations.

In 2004, Morocco adopted a new family code boosting women’s rights, despite protests from hardline Islamists—and from feminists who said the changes did not go far enough.

Mohammed VI, revered by Muslims across West Africa as “Commander of the Faithful,” pushed for toleration in Islam while ensuring freedom of worship for Jews and foreign Christians.

In 2017, Morocco rejoined the African Union after a 30-year absence, as the king pushed to repair relations with the bloc. Most of his diplomacy has focused on endorsing an “autonomy plan” for the disputed Western Sahara, a former Spanish colony partially controlled by the kingdom.

A wave of unrest in 2017 and 2018 in the country’s neglected northern Rif region sparked a crackdown by Moroccan authorities and threw the kingdom’s system of development into question. “The current model no longer allows us to respond to the growing demands and needs of citizens, nor to reduce social inequalities,” the king said in a February 2018 message.

Despite a penchant for flashy photo ops, Mohammed VI has been a reserved leader at home. According to his official biography, the king “practices several sports.” He often travels abroad, particularly to France where the royal family maintains several residences and where he has had medical treatment including a heart operation in 2018.

These frequent absences have sparked criticism online over the monarch’s “political choices” and “lifestyle.” In a break with tradition, in 2002 he married Lalla Salma, an engineer five years his junior from a middle class family.

They have two children: Crown Prince Moulay El Hassan (born 2003) and Princess Lalla Khadija (born 2007). But princess Salma dropped out of the media spotlight in December 2017, sparking rumors of a royal divorce.

Heir apparent Moulay Hassan began appearing with his father at official events when he was 13.