Home Lightbox Between Policing and Over-Policing

Between Policing and Over-Policing 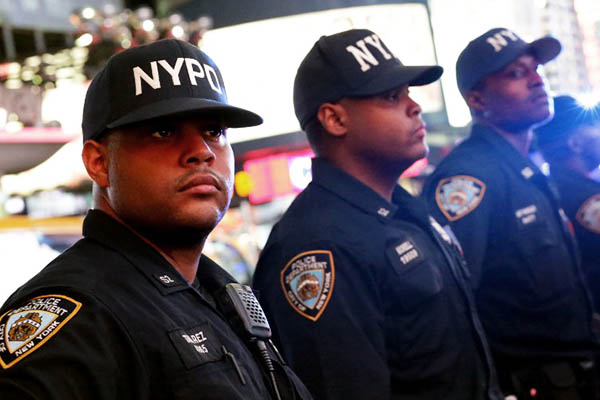 Bad judgment can prove the difference between tragedy and inconvenience.

Nuclear strategy uses two terms: ‘fail-deadly’ and ‘fail-impotent’. Put simply, the first relates to pressing the button early or, in a second-strike capability—as in submarine-launched attacks—according to preset protocols, if those protocols cannot be established during designated resurfacing, while the second refers to hitting the button too late.

The fail-deadly scenarios are generally associated with delegated systems, the fail-impotent ones to more assertive command and control structures.

One is about acting too soon and early; the other, too late. Both have their pluses and minuses and the debate around them is interminable.

Watch the video of the shooting of Alton Sterling, 37, in Baton Rouge, Louisiana. The man has his hands in the air and he looks clean. Suddenly, one of the police officers—there are two of them—grabs him, wrestling-style, and throws him on the ground, pinning him down with his knee. At that moment his partner joins him. The black man is lying flat on his back. The second officer then un-holsters his gun and holds it pointblank at the man, shouting, “He’s got a gun.” The cam moves and we hear shots. Sterling ends up dead, sustaining multiple gunshot wounds. This was Tuesday.

The next day, Wednesday, as the crow flies up north in a straight line, a police officer shot and killed another black man, Philando Castile, in Minnesota. Castile was driving with his girlfriend and her four-year-old daughter when they were stopped for a broken taillight, a minor traffic infraction. According to video footage made by Castile’s girlfriend, he told the officer that he had a conceal-and-carry license for a gun and, on the instructions of the officer, was reaching for his wallet to show his ID to him. The officer shot him four times. He can be seen slumped in the driver’s seat, bleeding profusely from his wounds. The officer can be seen still holding the gun, double-hand, barking orders nervously. The woman is then ordered to get out of the car and is handcuffed. She and her daughter are separated. There’s no attempt by the police to call in emergency services for the wounded man who seems, in the video, to have died.

Thursday night, at a #BlackLivesMatter protest in Dallas, Texas, shooters, reportedly snipers, killed 5 cops and wounded another seven. By most accounts, they did not shoot anyone else. Their only targets were police officers, though two protesters was wounded in the shooting.

Recently, I was passing through an Army/police checkpoint. We were stopped. As I moved to unclip my ID badge from my belt, the soldier spotted the pistol in the inside holster. After looking at my ID, he politely asked for my license, which I took out and gave to him. I then took out the gun, took out the mag, pulled the slide back to check the chamber and after running the safety drill, handed the weapon to him. He checked the gun’s serial number against the license and handed it back. Having checked the IDs and the trunk, he waved us to move on.

There was no panic on his part. No barking of orders. He was polite and firm and went through his drill without being menacing. Almost the same thing happened on the Islamabad-Lahore motorway. Polite but firm officers. They carry guns but I haven’t seen them to be gun- or trigger-happy. The starting point, despite security concerns, is that if someone has stopped and is following instructions, (s)he is not a threat unless there’s reason to believe that (s)he is.

This is not to say that we do not have police excesses. We do. But the circumstances and reasons for those excesses are different. For the most part—and most will corroborate this—security personnel remain polite. There were incidents of panic in operational areas but those are expected and are dealt with through required drill procedures.

In fact, our police, for the most part, fails-impotent rather than failing deadly. Exhibit: six hours of drama in Islamabad’s Blue Area with the unhinged man called Sikander; the dharna days in Islamabad et cetera.

U.S. security personnel start with the assumption that any and everyone is a security threat. Many cops, former military personnel, are not suitable candidates for policing. The cops have powers that are much beyond what any policeman without magisterial authority should have. There’s a very heavy reliance on guns. And then of course there’s the problem of racism.

The British newspaper, The Guardian has a tracker project for police killings in the U.S. The details are revealing and point to a host of problems apropos of who gets stopped, frisked, arrested and even killed.

The killings by the police, of course, require a deeper study which is likely to involve multiple factors, not just one. But it’s clear from some recent incidents in 2015 and these two videos that the cops in all the cases acted fast and acted disproportionally to any possible threat. The possession of firearms adds to the lethality after a poor judgment call has been made. The result: tragedy.

The Campaign Zero now wants an end to Broken Windows policing, a concept theorized by social scientists Wilson and Kelling in a 1982 article for The Atlantic, titled, Broken Windows: The Police and Neighborhood Safety. Wilson and Kelling argued that preventing bigger crime requires checking minor crime and maintaining public order. The theory has been controversial with arguments on both sides. The critics also conflate SQF (Stop, Question and Frisk), referred to as Terry stops, with BWP, though these are separate processes.

We too have our equivalent of Terry stops at checkpoints and now with the mobile police patrols. There have been complaints. But complaints can be dealt with through a transparent process. The issue is not BWP or SQF but how the judgment call is made and how well trained the person making those calls is.

There’s constant tension here. Policing is important; over-policing is not. That is where other checks and balances are required.