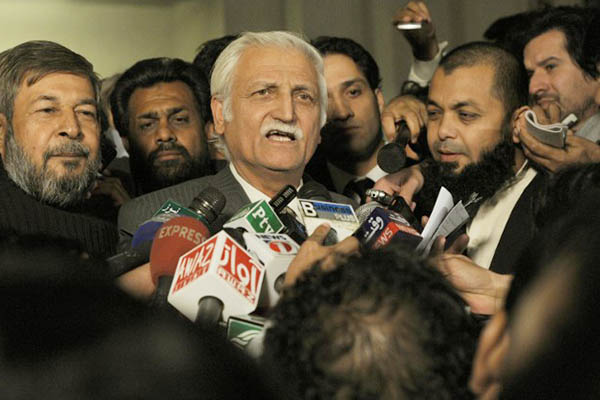 Pakistan has a lawmaking problem.

On Friday, Senator Farhatullah Babar addressed the Upper House of Parliament on improving the procedural aspects of Pakistan’s notorious Blasphemy Law. It is notable that instead of asking for its abolition, he merely requested some tweaks that would make exploitation of non-Muslims under it more difficult.

He intended irony when he pointed out that when the amendment raising the minimum punishment under blasphemy to death came up for voting, the House didn’t even blink: “the law and justice committee headed then by Raja Zafarul Haq, the incumbent leader of the House in Senate, and including Yahya Bakhtiar, a former attorney general, among others” assented without much discussion.

Reason is not the human trait we use when it comes to lawmaking. But the tragedy is this habit spills over into other sectors where faith in divinity just doesn’t work. For instance, Pakistan needs to expand its energy production if it wants to survive. But to hide the fact that it has no money to foot the bill, it doesn’t pay for the power it uses. Pakistan State Oil (PSO), the body that imports fuel, wasn’t paid for years until the “receivables” of the bankrupt entity threatened to reach Rs. 500 billion! Qatar and Kuwait have not been paid but Pakistan’s load-shedding is supposed to end by 2018. If you count PIA, the Steel Mills, the Railways, etc, the mountain of internal default threatens to kill the state wedded to blasphemy law.

This habit is also in evidence in projects undertaken then left in midstream. Billions spent on startups are buried in abandoned structures that look like ancient mausoleums. In Afghanistan, even as India works on its projects at great speed, our hospitals and schools in Kabul and Jalalabad are not even getting off the ground. Given this untenable economic situation, our mind easily inclines to thoughts of war, and not, absent reason, to reconciliation.