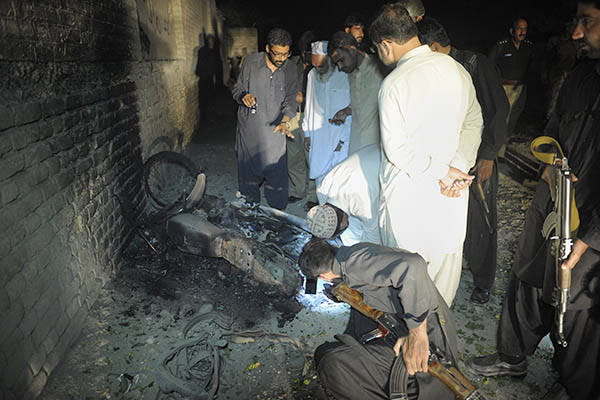 No claims of responsibility for bombing that also left one pedestrian wounded.

A bomb planted on a bicycle killed at least two people and wounded another in Balochistan province on Monday, officials said.

“At least two people were killed and a pedestrian was wounded when a bomb planted on a bicycle exploded on a roadside in Quetta,” according to senior police official Bashir Ahmed Brohi.

An insurgency pushing for political autonomy and a greater share of profits from the region’s oil, gas and mineral resources began in 2004 in the province, of which Quetta is the capital.

Brohi said it was not immediately clear what the target was and added that there was a possibility that one of the men who died was pedaling the bomb somewhere.

Nobody immediately claimed responsibility, but rebels have been carrying out bombings in Balochistan since the insurgency began. The province, which is one of the most deprived areas of Pakistan, is also a flashpoint for surging sectarian violence.