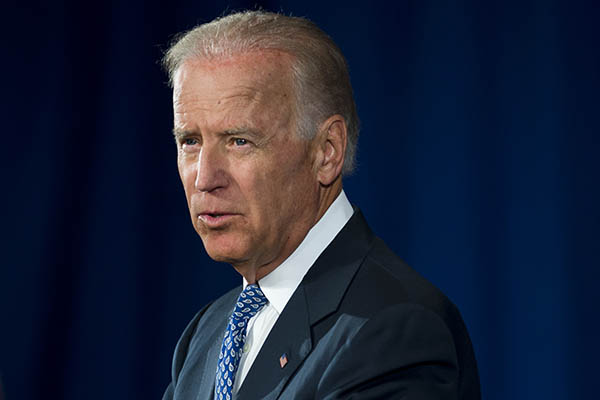 Denouncing President Donald Trump as an affront to American values, Democratic candidate Joe Biden vowed on Thursday that if elected he would hold a summit aimed at halting a backslide in global democracy.

The former vice president, who leads early polls for the Democratic nomination to challenge Trump in next year’s election, said his foreign policy would be “based on clear goals driven by sound strategies, not by Twitter tantrums.”

“The world sees Trump for what he is: insincere, ill-informed and impulsive—and sometimes corrupt, dangerously incompetent and incapable, in my view, of world leadership and leadership at home,” Biden said in a speech on foreign policy in New York.

Biden chastised Trump for downplaying human rights and voiced alarm at the “rapid advance of authoritarianism, nationalism and illiberal tendencies around the world” even among U.S. allies, naming Hungary, the Philippines and Turkey. He said he would hold a summit in the United States within one year of taking office that would recommit to democratic values and involve civil society.

“Leaders who attend must come prepared to cooperate and make concrete commitments to take on corruption and advance human rights in their own nations,” he said. “We have to be honest about our friends that are falling short and forge a common agenda to address the greatest threats to our shared values,” he said.

Biden said he would also convene a separate summit on climate change within 100 days of taking office where the United States would press other major carbon emitters to join it in making “more ambitious national pledges.”

Biden, like other Democratic contenders, has vowed stronger action to fight climate change amid growing signs that rising temperatures are already significantly impacting the planet. Trump pulled the United States out of the Paris accord on climate change negotiated by his predecessor Barack Obama, saying it was unfair to the world’s largest economy.