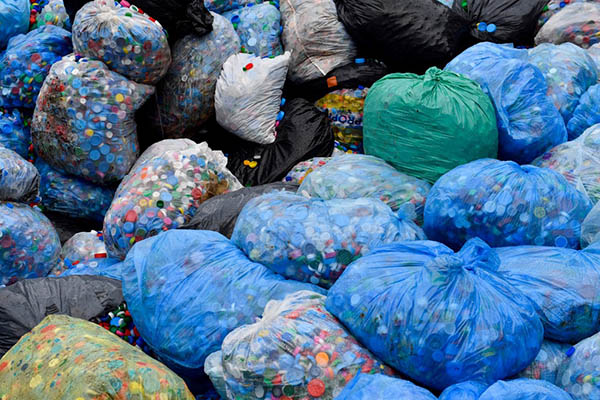 Tens of thousands of pieces of plastic littering the planet come from just a handful of multinational corporations, an environmental pressure group said on Wednesday.

Coca-Cola, Nestle and PepsiCo were named by Break Free from Plastics, a global coalition of individuals and environmental organizations, who warned the companies largely avoid cleanup responsibility.

The coalition’s volunteers collected nearly half a million pieces of plastic waste during a coordinated “World Clean Up Day” in 51 countries a month ago, of which 43 percent were marked with a clear consumer brand.

For the second year in a row, it said, Coca-Cola came out on top, with 11,732 pieces of plastic collected from 37 countries across four continents—more than the next three top global polluters combined. “Many of them have made commitments that they claim will make their products more sustainable, but largely protect the outdated throwaway business model that got us into this mess in the first place,” said the report, released in Manila.

As nations, China, Indonesia, the Philippines, Vietnam and Sri Lanka dump the most plastic into the oceans, but “the real drivers of much of this plastic pollution in Asia are actually multinational corporations headquartered in Europe and the United States,” it said.

Coca-Cola, PepsiCo, and Nestle were responsible for the most pieces of plastic collected, according to the report. Others in the top 10 polluters include Mondelez International, Unilever, Mars, P&G, Colgate-Palmolive, Philip Morris and Perfetti Van Mille, it added.

While global consumer brands now acknowledge their role in perpetuating the crisis, the report said they “have been equally aggressive in promoting false solutions to address the problem.”

Promoting recycling is their way of shifting responsibility to consumers, it said. Just nine percent of all plastic produced since the 1950s has actually been recycled, the report said.

The report deems single-serve multilayered sachets, common in Southeast Asia and aimed at low-income families that cannot afford bigger volumes of consumer products, as “the most damaging type of plastic packaging.”

Coca-Cola’s promotion of a single-use bottle using plastic collected from the oceans, as well as PepsiCo’s efforts to promote recycling, “do not get to the heart of the problem and all but guarantee the plastic pollution crisis will grow worse.”

Nestle sells over a billion products a day in single-use packaging “but has no clear plans for reducing the total amount” it puts into the world, the report alleged. The firm said it was working towards solutions “to make reports like this a thing of the past.”

“As the world’s largest food and beverage company, we know we have an important role to play in shaping sustainable solutions to tackle the issue of plastics waste,” a Nestle spokesperson told AFP in a statement. “It is completely unacceptable for this [plastic] packaging to end up as litter in the environment and we are working hard to make all of our packaging either recyclable or reusable by 2025.”

The report said companies should veer away from promoting “false solutions”—such as recycling and so-called “bioplastics”—and instead transition from a throwaway economy.

All the companies named have made public commitments to reduce plastic waste and increase recycling.

Coca-Cola and PepsiCo—like Nestle—have pledged to make their packaging recyclable, reusable or compostable by 2025. The beverage giants have also pulled out of a U.S. lobbying organization that represents the plastics industry.

“Changing the way society makes, uses, and disposes of packaging is a complex challenge and we’re playing our part,” a PepsiCo spokesperson told AFP. “We want to help build a system where plastic packaging never becomes waste.”

Coca-Cola did not immediately respond to requests for comment.

Break Free from Plastics counts 6,118 individuals and 1,475 organizations around the world as its members, including Greenpeace.