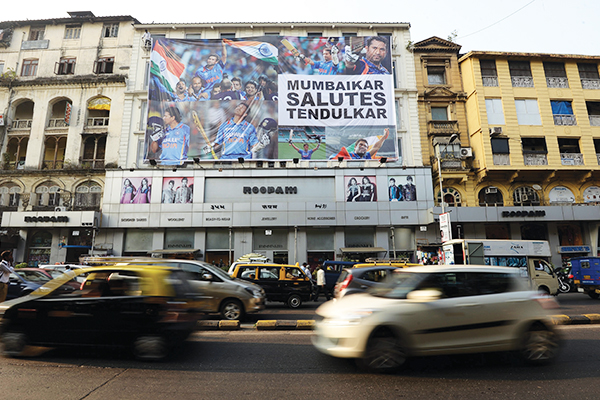 After 24 years, 664 internationals, 34,357 runs, and 100 centuries, the “little master” of Indian cricket, Sachin Tendulkar, retired from the sport that has made him a household name across the world. Tendulkar, who made his Test debut against Pakistan when he was 16, ended his professional career on Nov. 16, scoring 74 runs against the West Indies in his home city of Mumbai. In a tearful farewell speech, punctuated by a stadium full of 32,000 supporters yelling his name, the 40-year-old thanked his coach, his teammates, and his family, who he said had sacrificed their lives for his career. The Indian government presented him with the Bharat Ratna, the country’s highest civilian distinction. Athletes from the world over and Bollywood celebrities wowed over his phenomenal career in interviews and on social media. But while Tendulkar has bowed out of professional cricket, he won’t be forgotten. The “God of Cricket” already has a temple in his honor in Bihar village—with a life-size statue to match.