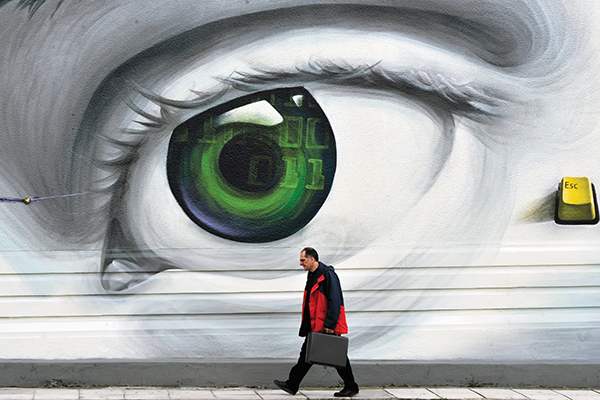 Around the world in six ideas.

Stanford University psychologist Brian Knutson along with a team of other scientists has lately been studying the genetic factors that lead to risk taking, particularly in the world of finance: valuable information to any employer—if it can be gotten. The research has focused on two genes that regulate the “feel-good” neurotransmitters serotonin and dopamine. Everyone has two copies and they are either long or short. Those with two short copies tend to take far fewer risks than those with two long ones, the study suggests. “They tend to always think about the downside of things,” says Knutson, “about what could go wrong instead of what could go right.” From a post-financial-collapse-of-2008 point of view, that’s not all bad: the tendency of these so-called neurotics to agonize leads to safer choices, according to the study. So should employers on Wall Street start extracting blood from new hires? Knutson seems to shudder at the thought. Theoretically, if you know enough about your DNA’s impact on behavior, you can take steps to correct it. “You’re not a slave to your genotype,” he says. Others, however, may well decide drawing blood is worth it.

In Case You Were Wondering

Yes, women really do make better decisions than men. Building on research by McKinsey, the Boston Consulting Group and others that shows corporate boards and senior management teams get better results when they include more women, a new survey of 600 board directors by scholars Chris Bart and Gregory McQueen at Canada’s McMaster University focused on the way women make decisions. They found that male directors, who made up about 75 percent of the survey sample, “prefer to make decisions using rules, regulations, and traditional ways of doing business or getting along. Female directors, in contrast, are less constrained by these parameters and are more prepared to rock the boat than their male counterparts.” Not to put too fine a point on it, Bart says, “We’ve known for some time that companies that have more women on their boards have better results. Our findings show that having women on the board is no longer just the right thing but also the smart thing to do. Companies with few female directors may actually be shortchanging their investors.” Women, says McQueen are “predisposed to be more inquisitive and to see more possible solutions.”

Social networks weren’t invented by Mark Zuckerberg or spawned by smartphone connectivity. More than 800 years ago, the inhabitants of the American Southwest had no vehicles and no beasts of burden, and could communicate over long distances only by walking from one place to another. But they developed patterns of relationships very similar to those we’ve seen replicated by Facebook and Twitter on a global scale, according to a new study by Barbara Mills of the University of Arizona and her colleagues. Basing their conclusions on analysis of more than 800,000 artifacts at 700 sites, they traced the development of similar skills and styles in separate places, showing a dense network of communication spreading out from a few nodes (individuals, families, groups) to many more …and then still more. The results change our notions of the past by applying modern social-network analysis to ancient societies, and they also give us hints about the future: “There are cycles of growth and collapse in social networks when we look at them over centuries,” says Mills, and there are times “when highly connected worlds can become highly fragmented.” Zuckerberg: take note.

There’s nothing quite like water. There’s no life without it and there’s no substitute for it. But as Brahma Chellaney reports in his new book, Water, Peace, and War: Confronting the Global Water Crisis, by the 2020s some two thirds of the world’s population will face problems getting enough of the stuff. In the United States and other highly developed countries, the battles over water pit those who want rapid economic development against those who insist on conservation. (See the long history of California, or just see Roman Polanski’s Chinatown.) But in many developing countries, there’s nothing about water wars that’s figurative; they are ferocious fights for survival. One example: Darfur. And let’s not even start talking about the Holy Land, where the River Jordan is neither deep nor wide. Throughout the Middle East and large swathes of Africa, dams and diversions upstream can be acts of virtual—and sometimes literal—war against those farther downstream. Chellaney calls for transparency, collaboration, and sharing across borders. But given the record of so many international initiatives in recent years, it’s hard to imagine much action will be taken until the rich and powerful see their wells running dry.

The best self-help concepts often are the simplest, and Fred Kofman, author of Conscious Business: How to Build Value through Values, is a master of both advice and aphorism. But to illustrate one of his key points, he turns to that great old Mexican shaman Don Juan, quoted by Carlos Castaneda: “The basic difference between an ordinary man and a warrior is that a warrior takes everything as a challenge, while an ordinary man takes everything as a blessing or a curse.” Kofman, naturally, advises the former course. Making excuses—that traffic was terrible, or the subway broke down, or the dog ate your iPad—suggests you were “innocent,” but also that you are impotent, unable to overcome the difficulties the world throws at you. Taking responsibility is an indicator of your “response-ability,” says Kofman. “You can explain any result as the balance between these two causes: the challenge versus your ability to respond,” he writes in a recent blog entry. “When your ability is higher than the challenge, you succeed; when it is lower, you fail.” The core concept is to take ownership of your life rather than assigning blame to factors that make you look like a victim.

So, there you are in front of your computer looking at a mysterious object on the floor of the ocean half a world away and you want to know if it’s hard or soft, squishy, spiny, or slimy. Using a robotic hand, you reach out and, sort of, touch it! And feel it. And you’ve got your answer. Mechanical engineer Katherine Kuchenbecker, in a popular TED Talk, argues that this sort of experience is almost, well, yes, within reach. Electromechanical sensors, actuators, and computer control are combining in technology called “haptics” that can fool the human sense of touch. For this revolutionary work, Kuchenbecker, who teaches at the University of Pennsylvania, has been named by Popular Science as one of its “Brilliant 10,” and even some of the rather more mundane applications she cites sound inspiring: “Imagine a tablet computer that lets you feel fabrics and textures, robotic surgical tools that let doctors use their incredibly well-honed sense of touch, videogames that allow you to feel hits, and computer programs that teach you the movements of a sport.” Sounds positively carnal if you stop to think about it. But perhaps we’re letting our imagination run away with us.