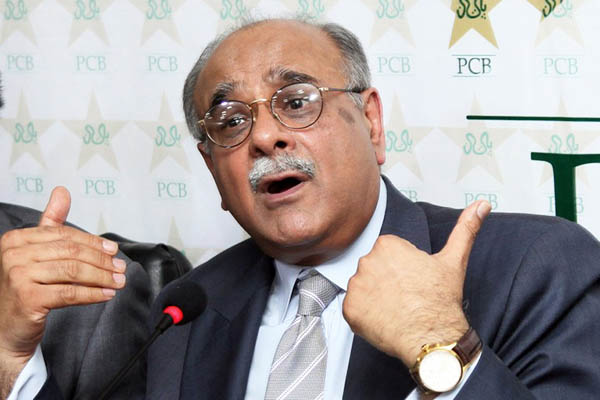 PCB chief Najam Sethi claims Pakistan will get eight years of series worth $30 million in exchange for supporting ICC revamp.

Pakistan cricket chief Najam Sethi said Friday his country will get eight years of series, including against India, earning $30 million, after agreeing to the revamp of the game’s governing body.

Pakistan had opposed changes to the International Cricket Council (ICC) that hand the majority of powers and revenues to the “big three” of international cricket, India, Australia and England. The suggested reforms were approved by majority (eight out of 10 countries in favor) at the ICC Board meeting in February, during which Pakistan and Sri Lanka abstained from voting.

After an ICC meeting in Dubai on Thursday, the Pakistan Cricket Board (PCB) announced it would conditionally support the reforms—to be officially signed in June this year—which Sethi said would bring major benefits to cash-strapped Pakistan.

“We were left isolated in world cricket, we could have gone bankrupt but we agreed to the revamp after getting written assurances of eight years cricket with all member countries including India which will benefit us to the tune of three billion rupees,” he told a press conference.

India have not played a full series with Pakistan since the 2008 terror attacks on Mumbai, which New Delhi blamed on militants based across the border. Pakistan did play a short limited over series in India in December 2012 but a full tour has yet to be finalized.

Pakistan has not hosted any international cricket since attacks on the Sri Lankan team bus in Lahore five years ago.

Sethi also said that banned Pakistan paceman Mohammad Aamer could get a one-year relaxation in his five-year ban for spot-fixing. “The ICC has promised us to consider our request of relaxing of the ban on Aamer and a decision is expected in a meeting in June,” said Sethi. “Aamer can get a one year relaxation during which he can play first-class cricket.”

Aamer along with former captain Salman Butt and Mohammad Asif was banned from all cricket for a minimum of five years over a spot-fixing scandal in 2010. The trio agreed to bowl deliberate no-balls in return for money during the Lord’s Test against England in August 2010, a scandal broken by the now defunct British tabloid News of the World.

Last year the ICC had agreed to form a committee to consider relaxing certain conditions of the ban on Aamer, regarded as one of the best young bowlers in international cricket at the time of his suspension.