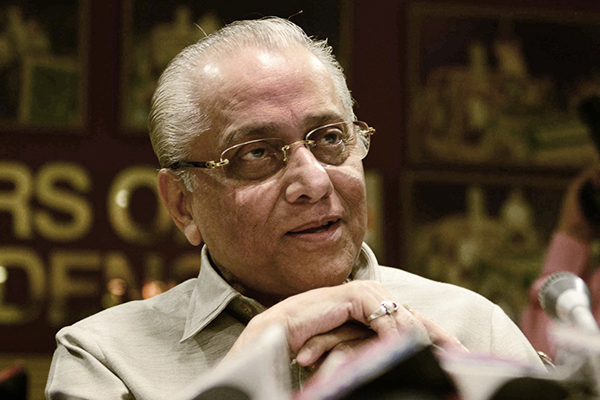 Cricket’s power brokers meet next week amid an apparent threat from India to withdraw from major global events unless there is radical reform of the International Cricket Council.

The draft proposal to be discussed at a two-day ICC board meeting in Dubai on Jan. 28 and 29 calls for more decision-making powers for a three-strong group of the Board of Control for Cricket in India (BCCI), Cricket Australia, and the England and Wales Cricket Board (ECB)—who among them represent the game’s wealthiest nations.

On the field, there is also a suggestion of the creation of two divisions for Test cricket but with England, Australia, and India all safe from relegation because of their commercial importance. The proposals need seven votes from the ICC’s 10 leading nations to pass.

Thursday saw the BCCI’s emergent working committee declare the proposal “in the interests of cricket at large.” It added it had “authorized the office bearers to enter into agreements with the ICC for participating in the ICC events and hosting ICC events, subject to the proposal being approved by the ICC board.” The BCCI working committee also gave the go-ahead to its top officials to sign bilateral agreements with all other full member boards, including Pakistan.

At stake is the current ICC Future Tours Program (FTP), a system that ensures all the 10 leading nations play each other over a set period, thereby guaranteeing the smaller countries aren’t starved of Test cricket in particular.

Criticism from other boards has so far largely been muted to complaints about a failure to follow procedure. South Africa, currently Test cricket’s top-ranked nation, and Sri Lanka, losing finalists against India in the last World Cup final, have called for the proposals to be deferred and taken off the table next week.

Meanwhile the Federation of International Cricketers’ Association (FICA) chairman Paul Marsh accused the “big three” of leaving the other seven leading nations to “wither on the vine.” “This proposal is designed to vest control of the game in the three boards of India, Australia, and England,” said Marsh, the son of Australia great Rodney Marsh. “It is not in the best interests of the global game, and we have real fears that it will only serve to strengthen the ‘big three’ countries whilst the rest are left to wither on the vine. The game deserves far better than this and all within FICA call on the other seven ICC board members to reject this proposal at next week’s board meeting. The future of the game depends on them doing so.”

But with the BCCI, thanks to the huge popularity of cricket in India, generating 80 percent of the ICC’s global revenue, there is an acceptance in some quarters it deserves a larger slice of the proceeds. And, after its ill-fated involvement with now convicted fraudster Allen Stanford over a short-lived Twenty20 competition in the Caribbean, there are those who say the ECB is better off being an ally of the BCCI than an opponent.

However, the prospect of, for example, the West Indies being denied Test series against England or Australia fills many cricket lovers with dread. Even so, New Zealand Cricket’s Martin Snedden said it was wrong to see the ‘big three’ plan as nothing more than a naked power grab. “Don’t jump to the conclusion what they’re doing is not good for world cricket,” Snedden told the New Zealand Herald. “Get this right and the FTP playing program can be extended to 2023 and we can line it up with ICC events like the World Cup and World T20. That’d be a stable platform to work from.”