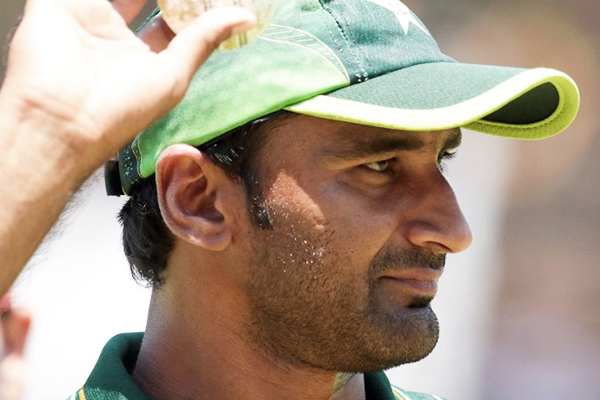 Off-spinner is the third Pakistani player to be investigated for illegal bowling within the past year.

Pakistan’s new off-spinner Bilal Asif has been reported for a suspect action, team manager Intikhab Alam told AFP on Tuesday, making him the team’s third player within the last year to be investigated for illegal bowling.

The 30-year-old Asif took 5-25 in the third and final one-day international against Zimbabwe in Harare on Monday to help Pakistan win the match by seven wickets, taking the series 2-1. But, during the match, umpires Jeremiah Matibiri of Zimbabwe and Sri Lanka’s Ruchira Palliyaguruge reported Asif’s action to match referee David Jukes of England.

Alam confirmed Asif’s action has been questioned. “The match officials have reported a few of Asif’s deliveries as suspect,” Alam told AFP by phone from Harare. “It’s disappointing for a new player who has just made his mark at the international level,” he said.

Alam said the International Cricket Council (ICC) will now complete its process on Asif, with the player undergoing tests within 14 days to see if officials’ suspicions that he is bending his arm past 15 degrees—visible to the naked eye—are correct. If his action is found illegal he will be suspended and will have to undergo corrective measures before he can play again.

Asif is the third Pakistani player to face questions of illegal bowling since the ICC launched a crackdown in June last year, with off-spinners Saeed Ajmal and Mohammad Hafeez also both reported. Ajmal was cleared to play again, but Hafeez was reported in July for a second time and is banned from bowling for 12 months.

Pakistan has a history of bowlers with illegal actions with Shoaib Akhtar, Shahid Afridi, Shoaib Malik, Shabbir Ahmed and Riaz Afridi all reported in the past.