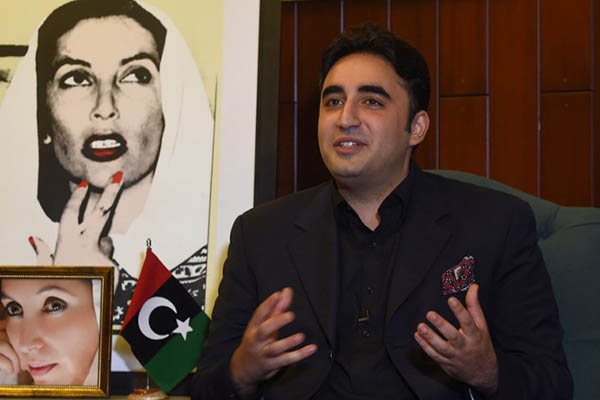 In a speech at the inauguration ceremony of the Larkana Industrial Estate, he claimed this would be a “much more effective” measure than ongoing PDM public rallies. “Even 10 rallies will not yield the kind of concern among the government like a strategy meeting over a cup of tea,” he said, adding he would advise the PDM to “strike” in Parliament.

“The democratic way to send off this incompetent, illegal, unqualified prime minister is through a no-confidence motion,” he said, urging for a markedly different approach than that being pursued by PDM President Maulana Fazlur Rehman, who recently announced a new schedule for nationwide rallies.

Bhutto-Zardari’s plans appear a direct response to a challenge by Khan; in December, he had claimed that the only constitutional way to send a government packing was to table a no-confidence motion in Parliament. “If the Opposition seeks to move a no-confidence motion, they should come and do so in the assemblies,” he said, deriding the PDM’s plans to resign en masse from Parliament to pressure the government.

The PPP chairman alleged that the government’s fear of the opposition was evident from their attempts to sow discord within the PDM. “They fear that if all democratic forces decided to attack the government, the puppet would have to go home,” he said, adding that Khan’s “fear” of the PPP was visible in his government launching broadsides against the party through the media and various National Accountability Bureau cases. However, he stressed, the PPP knew how to confront such conspiracies.

During his address, Bhutto-Zardari accused the prime minister of being responsible for historic inflation and job losses in the past 2 years. He said the PDM merely wanted to bring about a government that represented the people’s mandate and served the public interest, rather than one that was focused on benefiting its supporters.

He said the Larkana Industrial Estate would benefit local industry and create employment opportunities and slammed the PTI for utilizing brute force tactics to revive the economy. Crediting the Sindh government for increasing tax collection, he said it had done so by taking care of the business community and the unprivileged sections of society.

“Where are the 10 million jobs and 5 million houses that were promised by the PTI [in their election campaign],” he said. “The federation may have abandoned Sindh, but we never will,” he added.