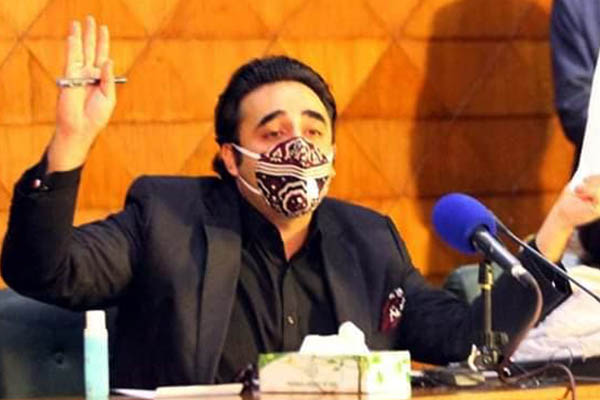 In statement, PPP chairman says he is self-isolating and has ‘mild symptoms’

Pakistan Peoples Party Chairman Bilawal Bhutto-Zardari on Thursday announced that he had tested positive for the novel coronavirus and was exhibiting mild symptoms.

Bhutto-Zardari’s political secretary, Jameel Soomro, had tested positive for the novel coronavirus earlier this week, prompting him to enter self-isolation as a precaution while he awaited his test results. Soomro told local media he had tested positive after returning from the PPP’s election campaign in Gilgit.

Bhutto-Zardari’s diagnosis means he would be unable to attend the engagement of his sister Bakhtawar, which is scheduled to take place in Bilawal House Karachi on Nov. 27 (Friday).

Earlier, Sindh Chief Minister Murad Ali Shah had also tested positive for the coronavirus; he is currently self-isolating and reportedly has mild symptoms.

Pakistan is currently in the midst of a second wave of the coronavirus, with government officials urging the public to adopt preventative measures, including wearing face masks and avoiding all large public gatherings.

On Thursday, there were 3,306 new infections reported nationwide, raising total confirmed cases to 386,198. The National Command and Operation Center reported 40 deaths in the past 24 hours, raising fatalities to 7,843.