Bin Yasir Vows to Take Up Fight Against ‘Honor’ Killing 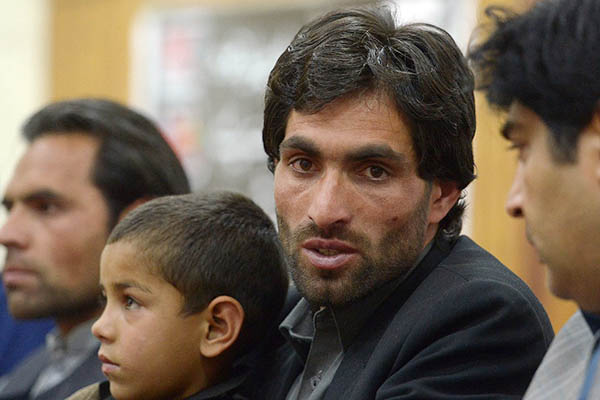 The brother of a whistleblower murdered over a notorious “honor killing” case vowed on Wednesday to take up the cause, even as he feared becoming the latest to pay for it with his life.

Bin Yasir’s brother Afzal Kohistani was gunned down last month, igniting fresh outrage over a years-long case in which a video of wedding guests enjoying themselves led to bloodshed. Yasir said three other brothers had also been murdered as a result of the case.

“Our entire family lives in fear,” Yasir told a press conference in Peshawar at which he demanded a new investigation into the case. “Afzal had the same fear and later he was killed. I, too, fear death. One day, they will kill me too—but we will not backtrack from this issue.”

The wedding video emerged in 2012, showing women clapping as two men danced in the deeply conservative mountainous area of Kohistan, 175 kilometers north of capital Islamabad. The men and women had allegedly been in the same room, in defiance of strict tribal customs that separate men and women at weddings—though the video does not show them together.

A local cleric sentenced several women and men to death over the video.

Kohistani is believed to have been related to some of the men in the video and his entire family were banished from the region as a result. He took the rare step of pushing the case before the media and the justice system. The Supreme Court launched a commission to investigate—but in June 2012 was told no women had been murdered.

A fact-finding team met the women who were purportedly in the video, but Kohistani insisted they were not the same people and that the death sentences had been carried out.

Yasir said he now has responsibility for 22 of his nephews and nieces. “Our opponents have seized our lands, we have left that place, four of my brothers were killed and now 22 of their kids are living a miserable life,” he said.

He called for a new investigation team to take the case out of local police hands, and demanded authorities ensure his security.

Rights activists have long fought against the patriarchal notion of “honor” which remains prevalent across South Asia. Women have been shot, stabbed, stoned, set alight and strangled for bringing “shame” on their families. Men can be victims too, though it is rarer.