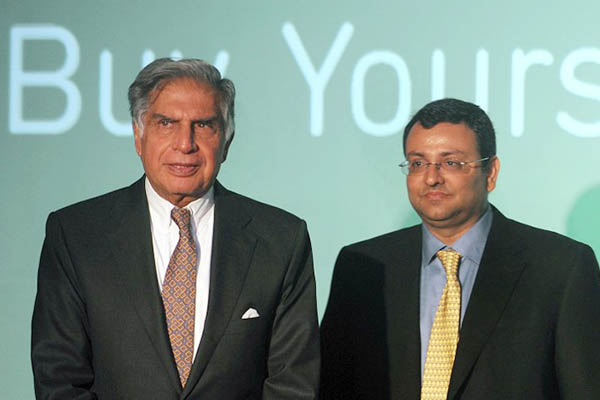 The acrimonious battle for control of India’s storied Tata Group is set to get even dirtier as its ousted chairman launches legal action against the firm, marking the latest twist in a months-long saga sullying the 150-year-old conglomerate.

Cyrus Mistry—the first non-family member to helm the $103 billion steel-to-salt group—was sacked in October after falling out with company patriarch Ratan Tata. He has refused to go quietly, making a series of allegations of mismanagement at the helm of the 150-year-old company, before filing a case in court on Tuesday. And that is where the matter becomes interesting: the Mistry family have been invested in Tata Sons for 50 years and Cyrus’s father is the largest non-institutional shareholder with an 18.5 percent stake.

“My fight will actually continue, and not only continue, it will strengthen,” he told Bloomberg after filing the suit.

Tata Sons says it will contest the petition, which alleges its actions damaged minority shareholders’ interests.

The feud between Mistry and Tata, the 78-year-old former chairman who has taken interim charge, has already wiped nearly $9 billion from the collective stock market value of the group’s eight main companies. Experts say it is now damaging one of India’s most respected brands, whose image is built on the Tata family’s reputation for probity in a country plagued by corporate corruption.

“None of the Tata companies are great performers,” said one Mumbai executive who has worked with the group, describing the problems raised by Mistry as a “wake up call” for investors. “[Now], the market won’t give them as much leeway for being the Tata group as they had in the past,” he told AFP, speaking on condition of anonymity.

Ratan, who is credited with building the conglomerate into a global behemoth, says his successor was betraying its legacy. Under him, the organization went on a global purchasing spree, acquiring major names from Tetley Tea to Jaguar Land Rover and the Anglo-Dutch steel firm Corus in 2007—a major source of pride for a company founded under British colonial rule.

But parts of the business have been struggling, and the 50-year-old Mistry had tried to reduce its $30 billion debts by selling underperforming assets. That is said to have irked Ratan. But Kavil Ramachandran, professor at the Indian School of Business, believes he should have given Mistry freer rein.

“When a person is retiring, he has to move out completely,” he said. “It’s like a relay race. The person handing over the baton has to know when and how to do it.”

Both Mistry and Tata are from wealthy Parsi families—followers of Zoroastrianism, one of the world’s oldest religions. But executives who know both men say the similarity ends there.

“There’s a stark difference in style and judgment and values between the two men,” said the Mumbai executive, who worked with both at the company.

Mistry has pulled no punches since his sacking, alleging in a letter to the board that almost every aspect of the business was hampered by debt and poor management. The European steel business, he said, faced potential write-downs of more than $10 billion, only some of which had so far been taken into account.

Mistry had planned to sell off Tata Steel’s loss-making British operations, but that decision has since been reversed. He also questioned the wisdom of continuing with the Nano, a cheap, no-frills car that was a pet project of Ratan but failed to sell.

“Emotional reasons alone have kept us away from this crucial decision,” Mistry wrote in the letter, which the company says contained “unsubstantiated claims and malicious allegations.”

Mistry was set to be removed from the boards of companies including Tata Steel and Tata Motors at extraordinary general meetings this week. But he pre-empted that Monday by resigning, although he remains on the board of Tata Sons, which is not publicly listed.

Mahesh Singhi, head of investment banking firm Singhi Advisors, said the saga had “dented the image of India’s largest conglomerate in ways that we have not witnessed in corporate history in the country in the recent past.”

“This is definitely negative for the Tata Group,” he said. “Investors will be required to brace for a long-drawn fight.”