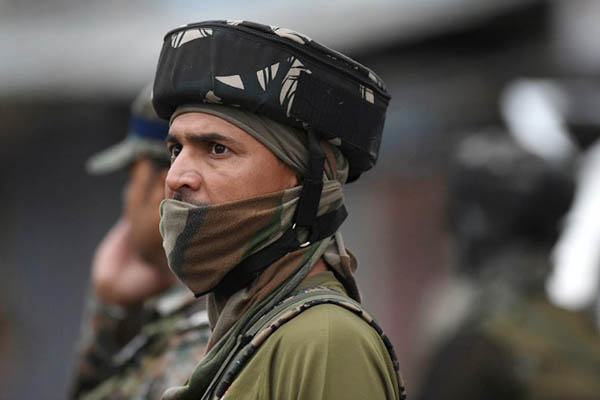 The Bharatiya Janata Party-led government in India is killing Muslim protesters in the Kashmir Valley again and no one in the world cares enough to protest. India-administered Jammu and Kashmir Chief Minister Mehbooba Mufti has called for “a dialogue with Pakistan” to end the bloodshed in the state but the BJP insists that “the neighboring country is supporting militant attacks.” Some 20 people have been killed in two days, dubbed “militants” as Kashmiris in their thousands hit the streets denouncing Indian rule.

India is changing under the BJP and there are not many there who can openly comment on it without being attacked by the party’s “street power.” Like some Muslim extremists in Pakistan, BJP is distorting and revising history to emphasize “Hindutva” as the supreme religion of heretofore-secular India. Not long ago Prime Minister Narendra Modi commenting on Ganesh had claimed that ancient India and its scriptures had in fact invented plastic surgery, grafting an elephant head onto a human being.

History too is being rewritten. As Indian journalist Latha Jishnu wrote in Dawn recently, “In Rajasthan, textbooks proclaim that Mughal Emperor Akbar lost the famous Battle of Haldighatti to Rana Pratap, the ruler of Mewar, in 1576, while students in the rest of India are taught that Rana Pratap lost to the Mughal forces led by Raja Man Singh, a fellow Rajput.” BJP’s parent outfit, the Rashtriya Swayamsevak Sangh (RSS), is spreading another myth in Madhya Pradesh that “India won the 1962 war against China, although we came off badly in the confrontation.”

Pakistan is too internally troubled to challenge India politically at the international level on the question of Kashmir. It is politically unstable and has problems scrapping its own terrorist organizations sanctioned by the United Nations. The prime minister who won the 2013 elections on a manifesto of normalization of relations with India has been dismissed and his party may lose upcoming generals election scheduled for this year.