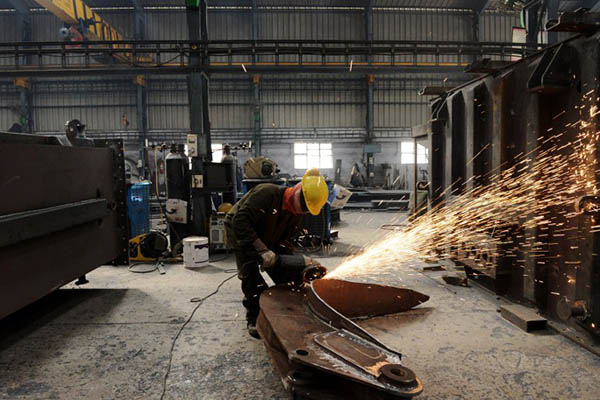 The offer of shares in the country’s biggest domestic steel producer is the first in a string of asset disposals planned by the government led by Prime Minister Narendra Modi. Analysts originally expected the sale to take place in July but the divestment program has been slow to get off the ground.

The SAIL offer that was set at a minimum price of 83-rupees-a-share, represented a two-and-a-half percent discount to Thursday’s closing price. The government has said the SAIL sale, which will reduce the state’s holding in the company to 75 percent, is expected to raise up to 17 billion rupees.

The sale was 27 percent oversubscribed by the afternoon, according to stock exchange figures.

Finance Minister Arun Jaitley had said in his budget that the government aimed to collect a hefty 584.43 billion rupees from the sale of holdings in state-run companies and non-government firms during the financial year ending March 2015. But the government is likely to fall badly short of that target, partly due to strong resistance to divestment by employees of some state-run firms.

Coal India’s 350,000 unionized employees, for instance, are heavily against the sale of shares in the mining giant to private investors.

Modi led his Bharatiya Janata Party to a massive election victory in May on pledges of reviving India’s stumbling economy. The government has said it wanted to accelerate divestment to raise badly needed funds to stick to the previous Congress government’s ambitious goal of capping the deficit at 4.1 percent of gross domestic product, down from 4.5 percent a year earlier.

“India looks set to miss its fiscal target this year, even in the optimistic case that the government fully delivers on its plans to sell stakes in state-owned companies,” research house Capital Economics analyst Shilan Shah said in a note.

The failure of the economy to generate more in tax revenues, despite a slight pick-up in growth, has made it even tougher to meet the deficit target, analysts say.