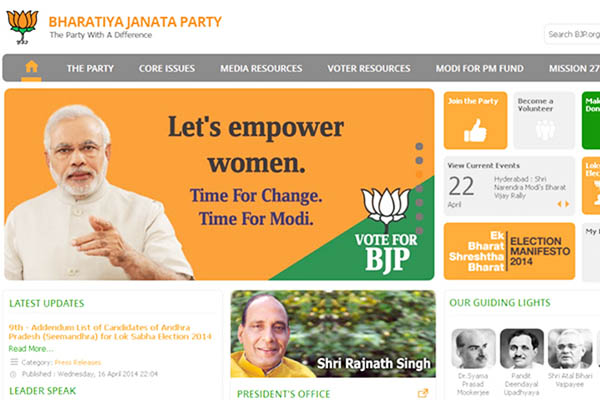 The Indian opposition party’s IT head says the website should be accessible again within a few days.

The official website of India’s Bharatiya Janata Party (BJP) has been blocked in Pakistan by Indian authorities after repeated attempts by Pakistan-based hackers to attack the opposition party’s digital assets, according to a BJP spokesman.

“Error 1009—The owner of this website (bjp.org) has banned your IP address on the country or region you are accessing it from,” says the page if someone from Pakistan attempts to access it. However, much like YouTube, people can continue to access it using a Virtual Private Network to mask the local IP address.

The head of the BJP’s IT department, Arvind Gupta, told Newsweek that the site had been blocked in Pakistan “automatically” as a security measure. “When there is such a large onslaught [of hacking attempts], India has an automatic self-defense mechanism, which then quickly blocks the URL in that country,” he said in an email statement.

Gupta said the BJP had requested India’s Computer Emergency Response Team (CERT-In), a government organization that deals with cyber security threats, to unblock the website in Pakistan and were awaiting its response. “It should be back up in a few days,” he added but could not specify how long this process might take.

The BJP is currently the favorite to sweep to power in ongoing general elections in India, replacing the secular Congress party that has led the country for the past decade.

And what may I ask Pakistan will do with the website?

No problem there is many more pakistani in forign countries the can treat Bjp vary well.