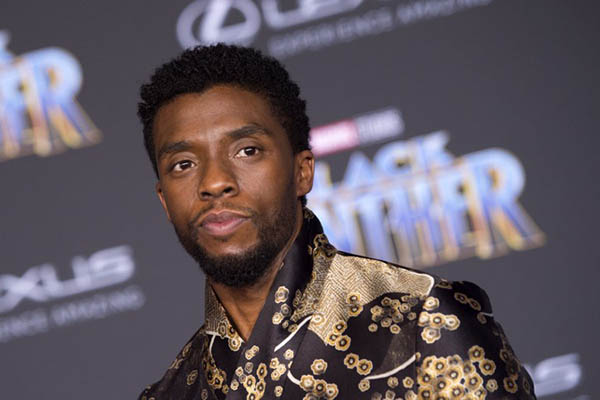 As the U.S. kicked back for a long weekend, Disney’s Black Panther got off to a superhero start in the North American box office, rocketing to the top spot with estimated earnings of $218 million, data showed on Sunday.

According to figures from industry tracker Exhibitor Relations, the highly anticipated 18th entry in the Marvel Cinematic Universe earned $192 million over Friday, Saturday and Sunday—exceeding predictions of $170 million.

Thanks to Presidents’ Day in the U.S. on Monday, Black Panther’s estimated earnings were boosted to a stratospheric $218 million—crushing Deadpool’s 2016 Presidents’ Day record of $152.1 million.

The film, from Disney-owned Marvel Studios, features a star-studded, almost entirely black cast led by Chadwick Boseman as the first non-white superhero to get his own stand-alone movie in the franchise.

Starring alongside Michael B. Jordan and Lupita Nyong’o, Boseman plays the titular superhero also known as T’Challa, king and protector of the technologically advanced fictional African nation of Wakanda, an affluent, never-colonized utopia.

In at second was family-friendly Peter Rabbit, based on Beatrix Potter’s classic children’s book. Mixing live actors with computer-generated animation, it brought in an estimated $22.1 million over the holiday weekend for total earnings of $53.1 million. James Corden voices the lead bunny which feuds with garden owner Domhnall Gleeson for the affections of sweet-hearted neighbor Rose Byrne.

Dropping to third was last week’s box office champion, Universal’s Fifty Shades Freed, with takings of $19 million, down from $38.6 million the previous week. Starring Dakota Johnson as English lit major-turned-publisher Anastasia Steele and Jamie Dornan as Christian Grey, her kinky lover-turned-husband, Freed is the last of the Fifty Shades trilogy, which has enjoyed massive popularity among primarily female audiences.

Sony’s Jumanji: Welcome to the Jungle placed fourth in its ninth week in theaters, matching last week’s earnings with $10 million.

The film recounts the story of three young Americans who foiled a terrorist attack on board a train in France in 2015. In an alternative approach that divided critics, Eastwood cast the three men—none of whom had any acting experience—to play themselves.