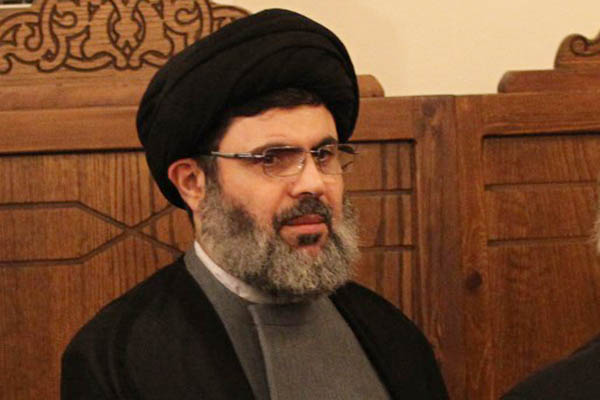 Hashem Safieddine says U.S. will not be able to crush Iran-backed group’s ‘resistance’

A Hezbollah leader blacklisted this week by the United States and Saudi Arabia on Sunday branded the administration of President Donald Trump as “crazy.”

“This crazy American administration [operating] under Trump will not be able to crush the Resistance,” Safieddine said using an alternative name for Hezbollah, according to Lebanon’s National News Agency. The designation of Safieddine was announced on Friday by the U.S. State Department and confirmed by Saudi Arabia. “As a result, any of his assets held in Saudi Arabia are frozen, and transfers through the kingdom’s financial sector, are prohibited,” the State Department said in a statement.

The official Saudi news agency SPA alleged Safieddine had given his organization advice on carrying out terrorist acts and on supplying support to Syrian President Bashar al-Assad’s regime.

Safieddine, a Lebanese citizen who is in his 50s, is the head of Hezbollah’s executive council, which runs the group’s political affairs and social and economic programs in Lebanon’s Shia community.

Analysts say Safieddine is spoken of as a potential candidate to succeed Hezbollah’s overall chief Hassan Nasrallah, who is a distant cousin.

Hezbollah, which was set up in the 1980s by Saudi’s regional ally Iran, is the only Lebanese group to have refused to lay down its arms at the end of Lebanon’s 1978-1990 civil war.

The U.S. designation order did not link Safieddine to any recent Hezbollah attacks. But it noted the group’s historical involvement in the 1983 bombing of a U.S. Marines barracks in Beirut, a U.S. embassy bombing in 1984, and a passenger jet hijacking in 1985.