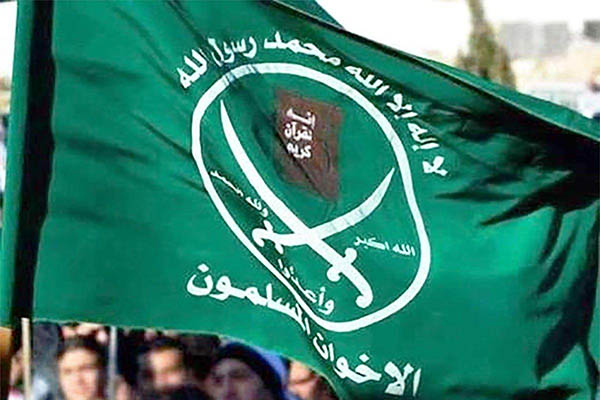 Analysts say the move could further destabilize the Arab world

Washington is considering blacklisting the Muslim Brotherhood as a terrorist organization, but experts warn the move would risk radicalizing its members and further destabilizing the Arab world.

A grassroots Islamist movement with affiliates in several countries including Turkey’s ruling AKP party and Tunisia’s Ennahda, the Brotherhood has militant offshoots but officially renounced violence in the 1970s.

Placing the movement on Washington’s list of foreign terrorist organizations (FTOs) would ban its members from entering the United States and make it a crime for any American to assist the group. Abdelrahman Ayyash, a researcher on Islamist movements, warned that the decision could escalate repression of the Brotherhood in Egypt and push its adherents towards more hardline groups.

“It would end up adding… more extremists to ISIS-like groups,” he said, using an alternative acronym for the Islamic State group.

Founded by Egyptian scholar and schoolteacher Hassan al-Banna in 1928 as an Islamic charity and political movement, the Society of the Muslim Brothers grew rapidly, spawning offshoots from Morocco to Turkey, many of which are active today.

Despite repeated crackdowns over the decades, it remained a major political actor in Egypt (despite long being banned), before taking power in a 2012 election after president Hosni Mubarak was deposed the previous year. But after the army’s 2013 toppling of Mubarak’s successor Mohamed Morsi, the country’s first elected civilian president and a Brotherhood official, Cairo once more banned the movement and declared it a terror group.

President Abdel Fattah al-Sisi’s government has since executed dozens of Brotherhood members and imprisoned thousands. Sisi, who met President Donald Trump in April, reportedly urged him to blacklist the group.

The White House announced on Tuesday that the designation was “working its way through the internal process.”

The move would allow U.S. officials to impose sanctions on any person or organization with links to it. But Fawaz Gerges, a political science professor at the London School of Economics, said that while the move would isolate the Brotherhood, it would ultimately adapt.

“The movement’s dominant narrative celebrates the pain and sacrifice of their members as part of their political DNA,” he said. That echoes the experience of one of the Brotherhood’s key figures, Sayyid Qutb.

The American-educated Egyptian religious scholar was jailed under President Gamal Abdul Nasser in the 1960s. He became increasingly hardline in prison, and his calls for a more violent strain of Islamism inspired future militant groups including Al Qaeda.

Some Brotherhood members have reacted violently to Egypt’s latest crackdown.

Armed Brotherhood affiliates Hasm and Liwaa al-Thawra emerged in 2016 and have since claimed responsibility for a string of deadly attacks, notably targeting judges and police officers.

The Brotherhood remains a diverse movement with a presence in many countries, according to Yehia Hamed, a Brotherhood member who was investment minister in Morsi’s government. He warned that blacklisting the movement could drive Muslim Brotherhood members to join the ranks of groups such as Al Qaeda and I.S.

“They will go to the young members and say: ‘you are peaceful—and still you are labeled a terrorist’,” he said. Hamed said he was planning to sue Trump as he would be personally affected by the blacklisting.

“This is a smear on my character and will prohibit me from moving freely to the United States or any other country,” he said. He accused the White House of trying to please Trump’s strongman allies in the region, including Sisi, Saudi Arabia’s Mohamed bin Salman and Abu Dhabi Crown Prince Mohamed bin Zayed.

Ayyash, who wrote a report last month on the Brotherhood’s ideology and hierarchy, echoed that concern. “Trump would be very shortsighted to disturb America’s relations with many countries just to appease Egypt and the United Arab Emirates,” he said.

But Khaled Okasha, an Egyptian ex-brigadier general and member of the country’s National Council for Counter-Terrorism, said the Brotherhood poses a widespread threat. “It’s not only a problem for us, this is a global movement,” he told AFP. “Political Islam has failed and its dangers have been exposed.”

Gerges warned that splintering the movement could exacerbate the “long civil war” across the region between Islamists and nationalists led by the military. “Internally [in Egypt] and externally, the MB [Muslim Brotherhood] feels besieged and under attack,” he said.

It “now faces a reckoning from within, with a new wave of defections and a serious revolt by radicalized members in Egypt.”

Okasha called the move to blacklist the group “a positive one, albeit late, in getting rid of the Brotherhood’s ideology once and for all.” But Gerges sounded a further note of caution. “It would be premature to pen the obituary of the Muslim Brotherhood,” he said.