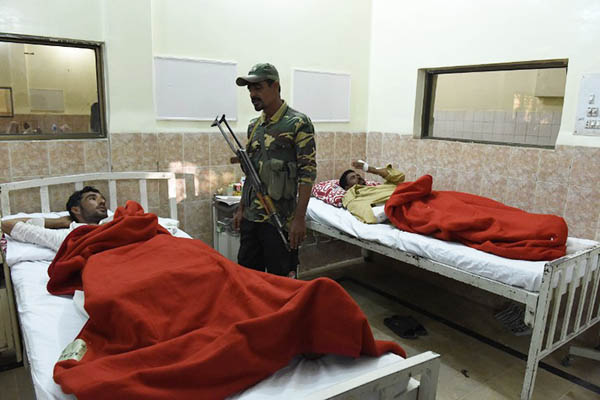 Pakistan ignores the rise of Islamic State at its own peril.

The latest twist in political analyses presented on Pakistan’s TV is that three states victim to terrorism blame one another every time they get hit. This happened after officials and politicians started parroting that India had carried out this month’s massacre at the Quetta Police Training College, killing over 60 trainees. Top anchor Kamran Khan tried to “balance” the commentary by saying India and Afghanistan too blamed Pakistan after each act of terrorism on their soil.

After the Quetta attack, Pakistan has blamed India for being “in cahoots” with Afghanistan’s intelligence service NDS, referring for good measure to Indian RAW agent Kulbhushan Yadav, caught in March this year in Balochistan, as “evidence.” It thus ignored the claim of the far more worrisome Islamic State whose “we did it” message contained the photographs of the three suicide-bombers who blew up the barracks in the Quetta Police College.

Is this bit of analysis genuine or is there a clever stretching of facts here, blaming everyone so that Pakistan’s myth-making is condoned?

The first “difference” is that Pakistan allegedly sends out its own terrorists who get caught or are traced back to their homeland, as happened in Mumbai in 2008 and Pathankot in 2016. India never does. Its only RAW agent recently caught inside Pakistan was using Pakistanis for terrorist acts. Pakistan got its terrorists Masood Azhar, Umar Sheikh, etc, released from an Indian jail after a plane hijack. It allowed Taliban warlord Mullah Nazir to range freely in the Tribal Areas because he was attacking only inside Afghanistan and, unlike Baitullah Mehsud, left Pakistan alone.

Afghanistan is home to terrorists driven out by Operation Zarb-e-Azb. There is the Islamic State, also near Pakistan’s border, that has recruited youths as far into Pakistan as Karachi. Afghanistan is only “retaliating” by allowing them to carry on with attacks inside Pakistan because Pakistan is unable to stop terrorists operating from its territory and killing inside Afghanistan.