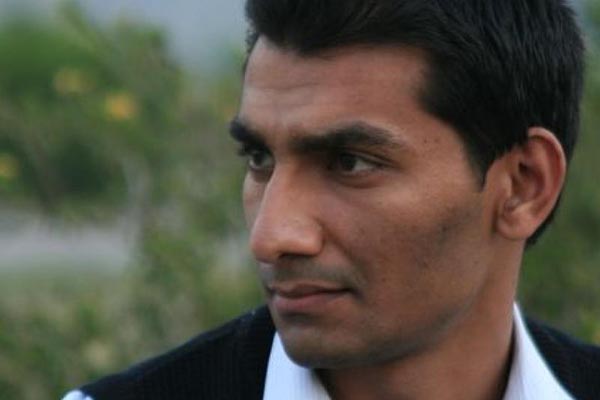 A District and Sessions Court in Multan on Saturday sentenced to death blasphemy accused Junaid Hafeez, who has been detained in solitary confinement for nearly seven years since being arrested on March 13, 2013.

Earlier this week, Additional Sessions Judge Kashif Qayyum had reserved his judgment in the long-pending case upon the completion of arguments by the defense and prosecution, raising the hopes of well-wishers globally that Hafeez’s ordeal might finally be over. Saturday’s verdict has dashed their expectations, and left Hafeez, his family, and his defenders in despair.

The sentence is particularly difficult to accept for Hafeezul Naseer, Junaid’s father, whose battle to secure his eldest son’s freedom from the Central Jail in Multan has left him nearly destitute and shunned by friends and family. “My business has been shut down, and our family has been socially isolated,” he tells Newsweek, adding that his 32-year-old son’s health has also deteriorated, leaving him a shell of the man he once was.

In a statement, the independent Human Rights Commission of Pakistan said it was “dismayed” by the verdict. “HRCP believes that the blasphemy laws are heavily misused,” it said. “This is compounded by a trial process ridden by delays and pressures at the level of the lower judiciary.” Noting that most blasphemy verdicts are overturned by higher courts, the HRCP said there was great pressure on lower courts to deliver harsh sentences to deter vigilantes. “In five years, at least eight judges have heard Hafeez’s case, making a fair trial virtually impossible,” it said, adding it had faith that the higher judiciary would overturn the sentence in appeal.

Prior to his arrest and conviction, Hafeez was a shining example of the best of Pakistan. In 2009, he secured a Fulbright scholarship to study literature in the U.S., following which he returned to Pakistan in 2011 and joined BZU as a graduate student and visiting lecturer. A quick study and skilled orator, Hafeez soon attracted a following among the students and staff at BZU. Unfortunately, that same fame proved his downfall.

One of the lawyers who has been representing Hafeez in court for several years told Newsweek the allegations against their client were part of a “deep-rooted and preconceived conspiracy.” Narrating the circumstances of the long-pending case, they said that BZU had in 2012 advertised a vacancy in its English Department, against which Hafeez had applied in order to advance his career at the varsity.

According to the counsel, Hafeez’s qualifications gave him a leg up, but “vested elements” had sought to prevent his hiring. According to earlier reports, the biggest barrier to Hafeez’s employment proved his liberal leanings, as members of religious student groups distributed pamphlets accusing him of blasphemy. The demonstrators even staged strikes against Hafeez, forcing the varsity to not only expel him, but also revoke his housing and teaching contracts.

“According to the First Information Report registered by the police, Junaid Hafeez had a Facebook page with a group of people as its members of which he was the admin,” said the lawyer. “One member of the group posted an allegedly blasphemous post in the group… the case [against Hafeez] is built on the frivolous charge that he did not remove the blasphemous posting when it was posted and as such committed blasphemy,” they added.

Blasphemy is a highly sensitive topic in Pakistan, with even unproven allegations resulting in mob violence. Rights groups have repeatedly urged successive governments to reform the law, saying it is often misused to settle disputes and personal vendettas. Hafeez struggled to secure representation because of the charges, says the advocate.

His first lawyer, Chaudhry Mudassir, excused himself from the case after receiving anonymous death threats as well as pressure from within the lawyer community. His second lawyer, Rashid Rehman, was shot to death in 2014. His killers have yet to be arrested.

Naseer said he had hoped the freedom of blasphemy accused Aasia Bibi, released after nearly a decade on death row, would also be reflected in his son’s judgment. Similarly, Wajihul Hassan was also set free after spending 18 years in prison on blasphemy charges. “That was the turning point for me. It gave me some hope [for my son],” he told Newsweek.

Hafeez now has the right to appeal, which his family and legal counsel have already said they would do. Much like Aasia Bibi or Wajihul Hassan, his case will go to the Lahore High Court and may even go as far as the Supreme Court. But justice in Pakistan is seldom swift and having already spent nearly 7 years behind bars, Hafeez’s battle for exoneration could prove devastating.

His father notes that his son is depressed, struggles with health issues and has been kept in solitary confinement through most of his incarceration. This will likely worsen. Their weekly visits are already spent in mostly silent mourning. “We both spend most of the time just looking at each other with tears of anguish and helplessness rolling down our cheeks,” he says. After the Multan court’s verdict, that pain and anguish is far from over.

Editor’s Note: An earlier version of this story had identified the lawyer currently representing Junaid Hafeez in court. Their name has been removed at their request.

Wow. What a disgusting and unjust country Pakistan is.

Rashid Rehman was publicly murdered for taking on the role of lawyer to defend Junaid Hafeez – his murder has not been investigated or solved. Junaid Hafeez’s lawyers have been consistently intimidated or changed, due process has not been followed nor have the legal requirements in evidentiary procedures been fulfilled.
This verdict is highly problematic. The district judge is himself not transparently immune to credible threats from murderously criminal zealots.
Even if the controversial blasphemy law is too politically sensitive for a government to tackle with conscience the judiciary & police can at least ensure that legal due process is followed if only to ensure a weak semblance of justice.

Religion it is a cancer or pre-cancer. They want to put people to death because their religion is so weak, if a small amount of truth reaches their youth, they will lose them.

This judgement isn’t the reflection of entire PK society. Same court system has recently issued death sentence to ex-President and one of highly respected figure both in civil and military circles and brought the wrath of public anger upon themselves. Judiciary system needs a desperate overhaul, where honest and unbiased judges can be appointed. People of PK deserve better than these highly partisan judges who’ve demonstrated clear biases towards rich criminals go Scot free over n over in recent past.

Why does an all-powerful god need hysterical zealots to carry out his will and murder someone because of his hurt feelings? You would figure he would have a thicker skin by now, all things considered. Religion is a mental disease. At the very least it should be treated as an embarrassing fetish, something unmentionable to be practiced in one’s bedroom, behind closed doors.

If Muslims are convinced that their Koran is accurate, Hafeez will suffer burning for eternity. So why not just leave it to their god? Isn’t eternal burning sufficient for these bloodthirsty religious sadists?

This is not Islam!!!
Wake up Pakistan!