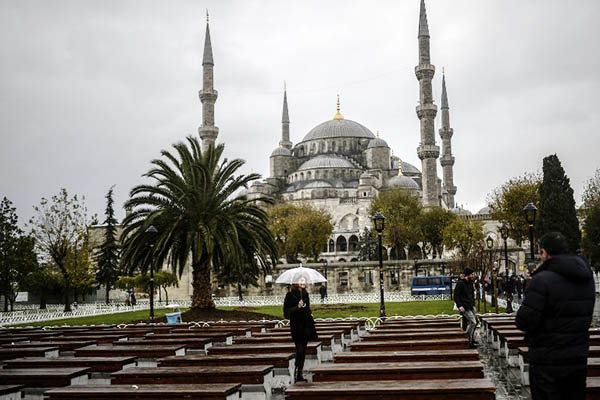 Tourist hub explosion has caused casualties, according to local media.

Ambulances and police were dispatched to Sultanahmet, the city’s main tourist hub, which is home to world-famous monuments including the Blue Mosque and the Hagia Sophia, television reports said.

The blast came after a slew of deadly attacks across Turkey in past months that has left Turkey’s largest city on edge. The force of the blast was sufficient to be heard in adjacent neighborhoods, witnesses told AFP. TV reports said several were wounded but there was no further detail on the toll.

Turkey is on alert after 103 people were killed on Oct. 10 when two suicide bombers attacked a crowd of peace activists in the capital Ankara, the bloodiest strike in the country’s modern history. That operation was blamed on Islamic State jihadists, as were two other bloody assaults in the country’s Kurdish-dominated southeast earlier in the year.

Turkish authorities have in recent weeks detained several suspected I.S. members with officials saying they were planning attacks in Istanbul.

But Turkey is also waging an all-out assault on the outlawed Kurdistan Workers’ Party, which has staged dozens of deadly attacks against members of the security forces in the southeast of the country.

A Kurdish splinter group, the Freedom Falcons of Kurdistan claimed a mortar attack on Istanbul’s second international airport on Dec. 23, which killed a female cleaner and damaged several planes

Meanwhile, the banned ultra-left Revolutionary People’s Liberation Party–Front has also staged a string of usually small-scale attacks in Istanbul over the last months.