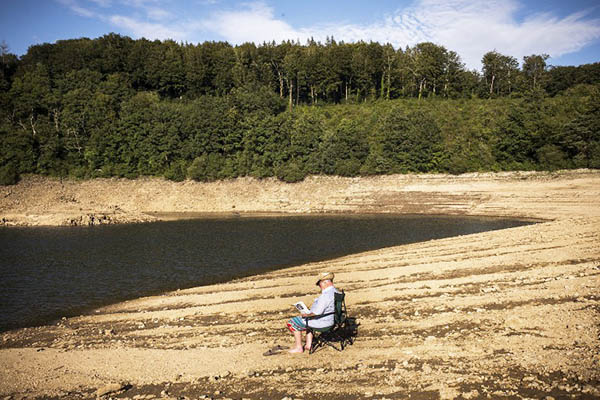 How will climate change affect your livelihood?

As the reality of global warming starts to hit home, people may ask: “How will it affect my livelihood?” Well, that depends.

On your profession, your age, and exactly where you live, among other things.

Here, then, are a few scenarios for a climate-altered future, when rising temperatures are closing in on the threshold of two degrees Celsius above pre-industrial levels, which scientists warn we should not cross.

You are a 60-year old coffee farmer in Nicaragua, selling to an organic wholesaler. Global demand has soared and commodity prices tripled since 2015, but business is not so good. Scorching temperatures have decimated your output, even after you sold your land to purchase a higher-altitude parcel in search of cooler climes.

Not only yields are down, but also the quality of your beans. Small consolation that many of your 20-million fellow coffee growers around the world are in similarly dire straits.

You are a 39-year old real estate lawyer in West Palm Beach, Florida. You are flush and life is sweet, despite your million-dollar house having been swept away three years earlier by Hurricane Hillary.

Sea levels have only risen 14 centimeters in the last 15 years, but Hillary’s tide-enhanced storm surge caused $500 billion dollars/euros in damages.

Since Washington cancelled federal flood insurance for properties under a meter above sea level, you have more clients than you can handle.

They are suing private insurance companies claiming bankruptcy to avoid having to pay out, and though your clients may only get 20 cents for every policy-insured dollar, you still get your fees.

You used to work fishing boats out of Surabaya, a port city in Java, but are now unemployed. The bottom fell out of the local industry in the mid-2020s. Intensive harvesting had already caused several species to collapse, including bigeye and yellowfin.

But then, as oceans warmed, other species—Pacific bluefin, crevalle jack, scad—moved to cooler waters beyond the reach of local vessels. No other species have come to replace them.

You own a ski-resort hotel in the French Alps at an altitude of 1,280 meters. Since 2020, for two years out of three you have had to manufacture snow to ensure the season. In 2022 and 2028 it was so warm that even artificial flakes couldn’t keep the lifts going.

The silver lining: summer tourism has picked up as people seek alternatives to the scorching heat waves that regularly hit the Mediterranean basin.

Ten years ago, you replaced your millet crop with genetically modified, drought-resistant sorghum as desertification creeps up on you in the northeastern corner of the Mopti region of Mali. That was a good move. But as the local climate gets drier by the year, you wonder how long you and your family can hold out.

You have resolved: When the goats die, you will join the other villagers who have already fled to the capital Bamako.

Oh what a difference an extra two degrees can make!

Wine exports from Tasmania’s Tamar Valley are soaring with grape-growing temperatures now in the ideal range—what they were in northern France, now too hot, a mere 15 years ago.

You are a seven-year-old only child living with your professional-class parents in a 23rd-story Shanghai apartment. You were not even born when 195 nations struck a deal in Paris in December 2015, vowing to slash carbon pollution by a large enough margin to keep global warming in check.

They failed, and Earth is on track for warming of 4C by 2100. You’ll be 77 when you greet the 22nd century. Good luck getting there.